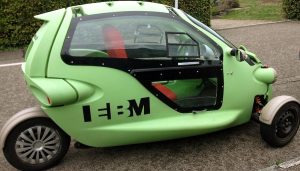 The market for electric two-, three-wheelers and microcars will reach around $180 billion by 2043, according to IDTechEx’s forecasts.

In a recent report, the market analyst notes that two-wheelers in particular are likely to continue growing in popularity due to their low price, ease of use, and small form factor.

Three-wheelers, on the other hand, will keep gaining people’s favour, given that they are an essential means of cargo and passenger transportation, especially in densely populated countries.

“[They] are the ‘low hanging fruits’, as these are used by the masses in India, China, and Southeast Asia for last-mile connectivity due to their low cost of operations,” the dossier points out. “Urbanization in these countries has been, and is, increasing rapidly – a trend correlated to a rise in the demand for personal mobility and the emergence of local e-commerce businesses. This leads to sales of electric two-wheelers for the individual and the use of three-wheelers as ride sharing or cargo delivery.”

The electric microcar market is also expected to pick up traction as compact cars become popular due to their low price but will remain small in volume compared to two- and three-wheelers.

“Offering more space, power and protection than two- and three-wheelers, these tiny vehicles come at an affordable price and are designed for an urban environment,” the report notes. “Most car trips are short trips carrying just one person. Most of the energy is wasted on carrying the vehicle’s own weight. Oversized vehicles are the root cause of urban congestion, pollution, and wasted energy, material, and public space. As cities everywhere move toward a high-density, low-speed, low-impact model, it calls for a new type of personal vehicle to be created for people to conveniently get around.”

When it comes to the type of battery used in these vehicles, IDTechEx foresees lithium-ion devices experiencing a gradual uptake given that policies in major markets like India and China are now disincentivizing the use of the currently dominant lead-acid battery.