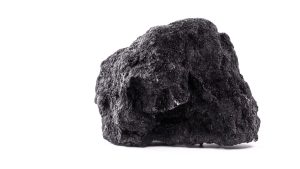 Pressure on carmakers in the EV battery supply chain is only building.

Original equipment manufacturers (OEMs) faced with an 8-fold increase in lithium prices, convulsions on the nickel market and ever-present worries about cobalt supply from the Congo, are being forced to look downstream to secure supply for their ambitious expansion plans.

“The events of the past 12 months are just the warning signs of what is to come across the raw material markets,” Miller said.

“All of this is being compounded by what is happening now at the policy level.

“It is no exaggeration to say that there is no bigger regulatory milestone for Western electric car markets than the Inflation Reduction Act, which has far-reaching consequences for all aspects of the energy transition.

“The impact goes well beyond US markets and will shape global trade as the EV supply chain is being built out,” he said.

Trading at a fraction of the prices of nickel, cobalt and high-purity manganese, anode material graphite is an often overlooked part of the EV supply chain.

In contrast to ternary cathode materials, graphite prices have drifted lower this year thanks to weakness in the steel industry, although there have been wide disparities between grades.

According to Benchmark’s Flake Graphite Price Assessment for October, China FOB 94-95% purity -100 Mesh sizes are up 31% over the past year, last trading at $765 a tonne while +100 Mesh prices have hardly moved over the same period to exchange hands for $890 a tonne. Benchmark also tracks the price of value added products such as uncoated spherical graphite (99.95%, 15 micron) which has risen by 10% in 2022 to average $3,065 a tonne.

Both the mined and synthetic graphite market is at a turning point, said Miller.

Batteries became more than 50% of the cobalt market back in 2016 and the same happened for lithium in 2018, Miller said, and according to Benchmark analysis next year lithium-ion batteries will overtake the steel industry as the number one source of demand for graphite.

Benchmark sees demand for graphite over the next decade growing at an annual compound rate of 10.5% but supply will lag, expanding at only 5.7% per annum, despite a trend of supply diversification, particularly new mining projects coming in stream in Africa.

This year refractories and foundries will still dominate demand, but by 2025, the battery industry is set to consume two thirds of the world’s flake graphite, increasing to 79% in 2030, according to Benchmark’s Natural Flake Graphite Forecast.

The battery can make up 20% to 25% of the total cost of an EV and as the overall cost of batteries has come down, the bill of materials now equals roughly 70% of the cost of a cell.

And while the cathode is the most expensive component responsible for 50% of materials cost in a cell and another roughly 25% for other materials including separators, casings and electrolytes, by weight graphite constitutes 45% or more of the cell.

Miller told the BenchmarkWeek2022 conference held in person for the first time post-pandemic, given the tonnage of graphite required, why the industry has not seen the surge and prices or market disruptions in anode feedstock similar to that experienced in cathode material market:

“The fundamental reason is that graphite is starting from a much larger supply base and batteries have not yet become the dominant force.

“Up to now this flexible capacity has allowed the industry to respond pretty quickly to surges in demand.

“Through the mid-2020s we see an increasingly finely balanced graphite market, but if you look towards the end of the decade both synthetic and natural graphite face serious structural issues and significant supply deficit.”

Miller says given the long lead times for the extractive side of the graphite industry, to supply the coming deficit, the industry will have to start developing new mines ”today” and points out that most of the new mines will not be coming online at the shallow end of the cost curve.

At the average size of graphite mines of 56,000 tonnes per annum, the industry needs some 97 new mines and 52 new synthetic plants (average 57ktpa) to meet 2035 demand.

That’s not taking into account recycling, but the secondary market in graphite is not predicted to play a major role through this time frame given its lower value compared to cathode materials. The number of mines needed is also more than that for lithium (59), cobalt (62) and nickel (72).

Miller says auto manufacturers are waking up to the importance of the anode side of the supply chain.

Over the last 12 months a number of OEMs have made direct purchase agreements with graphite developers, including Tesla and Syrah Resources which operates the Balama mine in Mozambique, General Motors and Korea’s Posco (2024 onwards) and both Daimler and Stellantis with Talga Group, owners of the Vittangi graphite mine in Sweden.   Quebec-based Nouveau Monde Graphite earlier this month signed a partnership and off-take agreement with Panasonic, Tesla’s main supplier.

China has a firm grip on the lithium, cobalt and nickel supply chain, but its dominance in graphite is even greater.

Overall, synthetic graphite output is 68% Chinese while the country supplies a full 90% of the world’s anodes.

For uncoated spherical graphite which (99.95% purity), China is in charge of 100% of the world’s production with the bulk coming from Heilongjiang province. Even ten years out some four-fifths of this market will still be controlled by China, according to Benchmark forecasts.

While synthetic anodes are currently more sought after by carmakers because they improve charging times and battery life, natural graphite-heavy anodes will find favour in future, boosted also by the increasing addition of silicon to anode chemistries.

Benchmark forecasts natural graphite anode demand to grow by more than 400% by the end of the decade versus 170% for synthetic. Alternative anodes including silicon, lithium titanate (LTO) and mesocarbon microbeads (MCMB) will gain market share but graphite will still make up more than 80% of the market by 2040, according to Benchmark.

Demand for natural graphite is set to overtake synthetic before the end of the decade because of carmakers’ worries about the environmental impact of the latter, the need to cut costs and to diversify the supply base away from China.

Underinvestment by the oil industry also means no new needle coke plants have been built for decades in the US. At the same time, China has become a net importer of graphite to feed its battery supply chain and Benchmark notes greater involvement by Beijing, local governments and state-owned enterprises in the industry, including policy and financial incentives for new mines and plants.