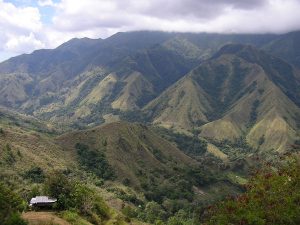 An Indonesian proposal to create an OPEC-like group of nickel suppliers has raised eyebrows among Australian miners.

Indonesian Investment Minister Bahlil Lahadalia floated the idea of an alliance that he said would help to unite government policies on the in-demand battery metal — and push the development of the downstream industry — at the Group of 20 Summit in Bali this week. The plan has been discussed with both Canada and Australia.

It’s “very useful that countries work together to solve the problems that we have around the supply of critical minerals,” she said. However, “we’ll always be mindful we are meeting all our international trade obligations, and you don’t see cartels forming,” Constable said.

Indonesia is the biggest producer of nickel by a wide margin and is home to around 20% of the world’s deposits of the metal, US Geological Survey data show. Australia has a similar level of reserves but less than a fifth of the output of its neighbor.

Jakarta’s proposal on nickel — used for electric vehicle batteries — fits with Indonesian President Joko Widodo’s strategy of the nation becoming a hub for more refining of metals and even production of electric vehicles. The country hopes to leverage its mineral deposits to move up the supply chain as the world de-carbonizes.

Indonesia is approaching Canada, which also has significant nickel deposits, on the plan, and discussed speeding a potential trade agreement between the two countries this week, Lahadalia said.

However, Canada is unlikely to sign on to the proposal for a nickel alliance, according to a Canadian government official familiar with the matter. Trade Minister Mary Ng wouldn’t agree to collaborate on the idea when she met with her Indonesian counterpart, according to the official, speaking anonymously to discuss a private meeting.

The Australian government didn’t immediately respond to a request for comment on the investment minister’s idea.

The world’s major nickel producers and holders of reserves are a diverse group, both geographically and politically, which may make forming a cartel difficult. After Indonesia and Australia, Brazil has the largest deposits, followed by Russia, the Philippines, China and Canada. In terms of output, Indonesia is the biggest by far, ahead of the Philippines, Russia and New Caledonia.

Indonesia’s proposal would add to increasing complexities in battery-material supply chains that are still in relative infancy. The bid to bring producer nations into a closer relationship comes as major economies including the US try to develop more secure sources of supply.

President Joe Biden’s Inflation Reduction Act requires carmakers to process the majority of their battery materials onshore or in a country with a free-trade agreement with Washington if they want to receive tax credits, said Conrad Mulherin, director, energy transition, at PWC Australia.

The US and Indonesia don’t have an FTA.

Nevertheless, Indonesia’s huge reserves give it bargaining power, Mulherin said. “The reality is there is not enough nickel within the FTA countries to supply to the US car industry.”