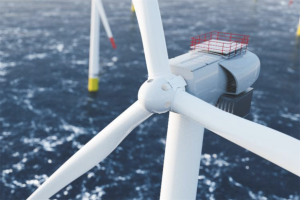 President Joe Biden has decided against restricting imports of neodymium magnets that come primarily from China and are used in electric vehicles, wind turbines and a variety of other tech and defense applications, the White House said Wednesday.

The decision avoids a new trade fight with Beijing, as well as with Japan, the European Union and other countries that export the magnets or have hopes of doing that to meet an expected upsurge in demand in coming years. It also should allay the concerns of U.S. automakers and other manufacturers who rely on imports of the magnets to produce finished goods.

Biden’s decision is based on the results of a 270-day Commerce Department investigation which found that U.S. reliance on imports of the powerful magnets are a threat to U.S. national security and recommended a number of steps to increase domestic production.

The rare earth element magnets are also used in military fighter jets and missile guidance systems in addition to other commercial applications like computer hard drives, smartphones and MRI machines.

The Commerce Department, in the report ordered by Secretary Gina Raimondo, did not recommend imposing tariffs on magnet imports, as former President Donald Trump did on steel and aluminum in 2018, following a similar national security investigation under Section 232 of the 1962 Trade Expansion Act.

“Obviously tariffs are a tool authorized under the Section 232 statute,” a senior administration official said. “But there are many other tools that we also have in our toolkit.”

The Biden administration already has used the Defense Production Act and other authorities to invest nearly $200 million with three companies — MP Materials, Lynas Rare Earths, and Noveon Magnetics — to increase the U.S. capacity to process rare earth elements, such as neodymium, and to boost U.S. production of neodymium magnets from current negligible levels.

“According to the Commerce Department’s findings, the efforts we’ve already taken, as well as the efforts that we’re directing coming out of this report, could lead to a significant decline in import penetration by 2026,” the senior administration official said.

More precisely, the Commerce Department report estimated that “domestic sources could potentially satisfy up to 51 percent of total U.S. demand” in only four years. Currently, the United States is “nearly one hundred percent dependent on imports to meet commercial and defense requirements,” the report said.

The administration expects that its efforts to boost U.S. production will reduce imports from China more than from the other suppliers, the senior administration official said.

Raimondo’s decision to launch the 232 investigation in September 2021 was prompted by the White House’s 100-day supply chain review in June of that year, which found that China dominated every aspect of the neodymium supply chain. Raimondo transmitted the department’s findings to Biden in June, starting a 90-day clock for a presidential decision.

U.S. automobile and wind tower manufacturers already rely heavily on the magnets, which GM helped develop in the early 1980s. However, demand for the magnets is expected to spike in the coming years, leading to a potential global shortage. That’s because electric vehicles use about 10 times as much of the magnets as conventional gasoline-powered cars.

A report last year from the Chicago-based Paulson Institute estimated that electric vehicles and wind turbines alone will require at least 50 percent of the high-performance neodymium magnet supply in 2025 and nearly 100 percent in 2030.

That means other uses for the magnets, such as in military fighter jets, missile guidance systems, MRI machines and smartphones, could face “supply bottlenecks and rising prices as soon as 2025,” the Paulson Institute report said.

“We see a massive increase in demand in the coming years,” the senior administration official said. “We need to make sure we get out ahead of it, both to make sure they are literally available on the market, that there aren’t short supplies, and to make sure that we don’t continue to be heavily dependent on China.”