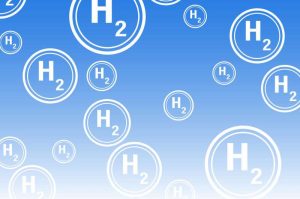 Future climate policy assigns hydrogen and H2 synthesis products great importance. But how could the demand for hydrogen develop globally?

A new meta-study coordinated by Fraunhofer ISI addresses this question and re-evaluates more than 40 energy system and hydrogen scenarios within the HyPat research project. The study provides statements on the range of possible future developments of hydrogen demand, globally, in the EU, and China until 2050, and differentiates between various demand sectors. The focus is on scenarios with ambitious greenhouse gas reduction targets.

Hydrogen and its synthesis products are globally regarded as important future energy sources that could be used in many different sectors. For example, there is an ongoing controversial debate about the role hydrogen will play in transport in the future, and specifically its use for passenger cars and trucks. There are also potential applications with demand for hydrogen in other sectors, such as industry and buildings.

However, so far, there has been a high degree of uncertainty concerning the future global role of hydrogen, as different studies have arrived at very different results.

Therefore, together with a consortium consisting of Fraunhofer IEG and ISE, the Ruhr University Bochum, Energy Systems Analysis Associates—ESA² GmbH, the German Institute of Development and Sustainability IDOS, the Institute for Advanced Sustainability Studies (IASS) Potsdam, GIZ Deutsche Gesellschaft für Internationale Zusammenarbeit and dena the German Energy Agency, Fraunhofer ISI has conducted a new meta-analysis to address how the global demand for hydrogen could develop in future.

Significant increase in the global demand for hydrogen

The majority of studies forecast a significant increase in the global demand for hydrogen, which is particularly marked in the calculations if regions or countries have ambitious goals for greenhouse gas reductions. Global hydrogen demand therefore also depends strongly on the respective regional climate policy and its level of ambition.

The total hydrogen demand worldwide in 2050 ranges between 4 and 11% of global final energy demand. However, there are strong regional differences: For the EU, this share could be as high as 14%, whereas most studies indicate a maximum hydrogen share of 4% of final energy for China. In some cases, the projections of hydrogen demand in the analyzed studies vary considerably, which is why there are significant differences when classifying the role of hydrogen in future energy systems.

As far as specific applications are concerned, the biggest demand for hydrogen is expected in the transport sector, according to the study, in both absolute terms and relative to total energy demand. The meta-study calculates an average hydrogen share of 28% for the EU’s transport sector in 2050—based on the total energy demand of the sector—compared to 14% for China and 16% worldwide.

However, transport is also the sector with the widest range and therefore the highest degree of uncertainty concerning future hydrogen use. H2 synthesis products will be used in areas such as international shipping and aviation, but the possible future use of hydrogen is less clear in other large fields of application such as passenger cars and trucks.

In other sectors, such as industry, it is likely that the quantities of hydrogen demanded will be smaller than in the transport sector, and demand forecasts are lower here. However, hydrogen is considered a no-regret option in the industrial sector, as there are no decarbonization alternatives for numerous industrial applications, for instance, in iron and steel or basic chemicals.

On the other hand, hydrogen use is considered very uncertain in the field of industrial heat generation and for low-temperature heat as well, because of potential alternatives. The meta-study indicates larger regional differences here as well: While the hydrogen share in industry in relation to the total global energy demand ranges between 2 and 9% in 2050, the majority of the analyzed studies forecast between 3 and 16% for Europe, with a maximum share of up to 38%. For China, the projected hydrogen share is 1-4%, with a maximum value of 7%.

Compared to all other sectors, hydrogen plays the smallest role in buildings in all the regions considered. The median share here in most studies is estimated to be less than 2% of building energy in 2050—with very small bandwidths, which suggests the results regarding the low future relevance of hydrogen in this sector are relatively robust. In absolute terms as well, demand in buildings in all regions lags well behind demand in the other sectors.

Prof. Martin Wietschel, who coordinates the research work of the HyPat consortium, estimates the future global significance of hydrogen as follows: “Our evaluations underscore that hydrogen will play an important role in future global climate policy—but will not be the dominant final energy carrier of the future. In order to reduce greenhouse gas emissions globally, measures to save energy and direct electrification based on renewable power, for example, in heat pumps, electric vehicles or heating networks, are seen as the most important levers. On the other hand, hydrogen does play a relevant role in specific applications where other technologies are either technically or economically not feasible.”