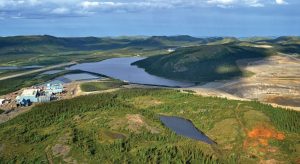 Brazilian mining company Vale said on Wednesday that global demand for nickel should increase 44% by 2030 compared to that expected for this year, due to high demand for use in batteries that power electric vehicles.

“Demand for nickel is forecast to increase rapidly this decade with the energy transition,” the company said in a statement, adding that the new forecast would be of 6.2 million tonnes in demand.

The company also estimated the company’s own production volumes for the medium term should reach between 230,000 and 245,000 tonnes of nickel per year, compared to a 2022 projection of up to 190,000 tonnes.

Growth in nickel supplies should be driven mainly by Indonesia and Canada, where the company has operations, as well as Australia, it added.

Global demand for copper – also used in vehicle batteries and renewable energy systems – is also expected to rise by about 20% by 2030 to 37 million tonnes, Vale added.

The company did not predict that supply would catch up with demand, projecting in the medium and long-term a “structural deficit” of copper.

“Increased demand, coupled with a lack of supply, will attract significant interest across the sector,” it said.