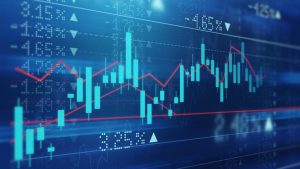 Critical mineral supply issues are spreading around the globe, forcing countries to put policy and strategy into play to maximise domestic and international value.

The supply crunch, particularly with battery or energy metals, comes in unison with growing demand for the minerals needed to assist the world’s clean energy transition.

The gap between projected supply and projected demand by the end of the current decade, especially in cobalt and lithium, exacerbates the issue.

While we are not heading toward a Mad Max style breakdown of society due to lack of resource, to feed the need for supply, the world needs more resources and better strategies to manage them.

A recent study by KU Leuven University is case in point.

The study shows the European Union’s Green Deal goal of climate neutrality by 2050 will require 35 times more lithium and seven to 26 times the amount of rare earth metals compared to Europe’s current use.

These are essential metals for the production of electric vehicles and batteries, renewable wind, solar and hydrogen energy technologies, as well as grid infrastructure.

The report notes that “Europe faces critical shortfalls in the next 15 years without more mined and refined metals supplying the start of its clean energy system. Progressive steps will be needed to develop a long-term circular economy, which avoids a repeat of Europe’s current fossil fuel dependency.”

Back in May, Proactive journalist Phoebe Shields outlined the Australian Federal Government’s 2022 Critical Minerals Strategy, designed to grow the critical minerals sector and “place Australia at the centre” of meeting the international demand for critical minerals.

Battery and energy minerals, including rare earth elements, will be critical to Australia’s economy moving forward.

The then Minister for Resources and Water Keith Pitt said: “Increasingly, demand for resources is expanding beyond traditional commodities such as iron ore and gold. The pace of technological development has been accelerating, and with it the demand for minerals critical to sectors including defence, aerospace, automotive, renewable energy, telecommunications and agritech.

“The addition of two new minerals to Australia’s critical minerals list – high purity alumina and silicon – reflects the expanding significance of mineral inputs in strategic applications like semiconductors and electrification.

“Australia has been blessed with extraordinary reserves of the critical minerals needed by these sectors. We produce around half the world’s lithium, are the second-largest producer of cobalt and the fourth-largest producer of rare earths. But we have the potential to do so much more.

“The Australian Government is taking action to grow Australia into a critical minerals powerhouse, capitalising on the strength of our world-leading resources sector, expertise in processing and highly skilled workforce.”

Lithium stocks are much talked about in this transition and you can read about them here.

However, there is surging demand for cobalt, particularly in copper mine waste.

Australia’s governments are sending geologists into the country’s mining territories to scour mine waste for cobalt as the country continues to diversify from fossil fuels to become an exporter of clean energy minerals, such as cobalt, nickel and lithium.

“I nearly fell off my chair when I got that piece of data,” she said, explaining that 300 ppm is enough to get miners excited. “If you’ve got 7,000 ppm, that’s pretty juicy. It was a eureka moment,” she told The Financial Times.

As for rare earths, the Russia/Ukraine war is currently disrupting the supply chain and new production has become critical.

Rare earths are key components of everything from solar panels to electric car batteries to defence equipment and much more.

Macro issues have meant prices are sluggish and weak downstream demand and insufficient orders weighed on the overall performance of the market in July.

The following discussion outlines the latest trends in rare earths.

Horizon Minerals Ltd (ASX:HRZ)’s key highlight for the quarter was the completion of the restructure and demerger of its 25% interest in the 1.8-billion-tonne Richmond vanadium project in northwest Queensland. Richmond Vanadium Technology (RVT) now owns 100% of the project with shares held by Horizon (25%) and the existing shareholders of RVT (75%). RVT’s IPO process has now started. The move gave HRZ the freedom to continue with its exploration drilling with 8,879 metres completed at the Greater Boorara, Yarmany and Black Flag areas testing high priority multi-commodity targets.

The company raised a total of $6 million via placement and SPP and had $5.58 million in cash and $2.3 million in listed investments at the end of the June quarter.

First Graphene Ltd (ASX:FGR, OTCQB:FGPHF) delivered record Q4 revenue of around A$359,0001, closing FY22 with around A$723,0001 total revenue, which is 111% revenue growth against FY21. Its revenue performance was the highlight of the quarter, with the Q4 revenue breakdown consisting of 46% from Composites and Plastics, 31% from Cement/Concrete, 12% across Coatings, Adhesives, Sealants and Elastomers (CASE), and 11% in Energy Storage and other revenue streams. Forward-looking orders received for fulfilment within FY23 totalling around A$160,000.

A further milestone was the joint development agreement (JDA) with Greatcell Energy Limited to advance the development of graphene-enhanced solar cells.

First Graphene’s contract with the Graphene Engineering Innovation Centre in Manchester has been extended by an additional 12 months beyond the end of the initial lease period. This enables the company to continue its focus on R&D support for commercial teams and development of energy storage applications. The new lease period runs until 31 March 2023.

The Le Paz Project has demonstrated significant resource upside, with the company now accelerating its exploration plans to expand and upgrade the current JORC 2021 resources at La Paz after receiving highly promising assay results from recent exploration drilling in the Southwest area.

The company is well funded to deliver on its objectives and as of June 30 has a cash position of A$6.32 million.

Looking forward, drilling permits have been submitted with the Wyoming Department of Environmental Quality for the Halleck Creek Project. This drill campaign will be conducted, with the intention to define a JORC resource at the Halleck Creek Project as soon as feasible. Drill permit approvals are expected in the coming quarter, with a campaign start date announced soon after.

An early works agreement has been executed with APA Operations Pty Ltd, a wholly owned subsidiary of APA Group (ASX:APA) Ltd for the proposed Gabanintha Gas Pipeline. The implementation phase of the MTMP has started with TMT targeting a decision to develop for MTMP by the end of 2022.

A feasibility study on production of vanadium electrolyte in Australia is underway with support from LE System under an extension of the memorandum of understanding (MoU).

The company also has an MOU with NHCE for energy market vanadium redox flow battery (VRFB) project development and its trial with Water Corporation VRFB is underway for water purification and pumping applications.

At its Coates Nickel-Copper-PGE Project, first stage drilling has been completed to provide a stratigraphic section as part of WA Government EIS and CSIRO programs. Sampling assay and interpretation is now underway.

“In the past three months we have experienced significant momentum as we work to lay the foundations for our future graphite operations at Springdale and Collie. The world’s rapidly expanding focus on decarbonisation, and the critical need to plan for an expected shortage of battery materials, provides enormous opportunity,” IG6 CEO Phil Hearse said of the quarter.

The 7,100-metre reverse circulation (RC) and PQ/HQ diamond drilling program, comprising a total of 54 RC drillholes (3,300m) and 12 diamond holes (900 metres), will infill the existing Springdale resource, provide additional samples for ongoing metallurgical testwork, and data for initial geotechnical assessments and mine planning. In addition, 37 RC holes (3,000 metres) will be drilled to test a number of high priority exploration targets.

Accelerate Resources Ltd (ASX:AX8) consolidated its position within the highly prospective Woodie Woodie North Manganese Corridor in the East Pilbara region of Western Australia. The company began its phase one maiden drilling program at Woodie Woodie North and an initial seven priority drill targets within the 33-kilometre corridor are being tested.

Finally, Accelerate and Vytas Resources delivered a maiden resource for the Tambellup Kaolin Project in the south-west of Western Australia.

With a capital investment of US$95 million, the company estimates a project net present value of US$507 million (NPV8), with net cash of US$63 million per annum generated from operations. The internal rate of return is estimated at 40%, with investment capital paid back in approximately 3.1 years. Total annual revenue at the 10,000-tonnes-per-annum full rate of production is estimated at US$185 million per annum.

Managing director Iggy Tan said: “While Altech’s top priority continues to be financing its Johor HPA project, the TM Silumina Anodes project represents an exciting downstream opportunity to utilise its HPA coating technology in silicon/graphite battery materials. We are pleased and excited about the results of the 10,000-tonne-per-annum Silumina Anodes PFS.

“Due to the attractive economics of the study, a decision has been made by the AIG board to immediately progress to a definitive feasibility study (DFS) for the project. AIG has already purchased land in Germany suitable for the project, and the plan is for the AIG team in Saxony to immediately commence TM DFS work. We believe that the production of Silumina Anodes materials could be a game changing technology for the lithium-ion battery industry.”