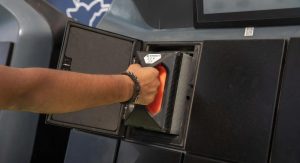 Electric vehicle infrastructure has traditionally focused on plug-in chargers. But swapping out batteries near death for fresh ones is an alternative approach to keeping EVs on the go.

The practice has found a toehold in China, but so far failed to break through in the U.S. While a handful of startups are trying to get it to take off stateside, the headwinds against the technology may keep it relegated to a handful of uses and industries.

Chinese EV company Nio has carved out a battery-swapping niche in the country’s luxury market. That’s in part because, when done right, battery swapping can essentially replicate the gas station experience: a quick stopover before heading back to the road. The practice promises to eliminate the “range anxiety” that surveys show plagues would-be EV owners by softening the transition, especially for drivers for whom time is of the essence. Yet even in China, the technology has yet to be fully embraced for a handful of reasons that have also slowed battery swapping from spreading in the U.S.

“If saving 20 minutes is so important for you that you would be willing to pay hundreds of dollars more — or even thousands of dollars more — then battery swapping will do it for you,” said Gil Tal, a researcher at the University of California, Davis, Institute of Transportation Studies. He added that anyone who claims battery swapping could viably overtake fast charging is “trolling us.”

Battery swapping, while quick, is hardly as seamless as changing the AAA batteries in a television remote. EV batteries are heavy, requiring expensive robotic arms to switch them out. Furthermore, the practice by definition requires more than one battery per vehicle, which adds to a car’s cost. At a time when battery materials come at a premium and the U.S. battery supply chain is still being built, that puts the technology at a distinct disadvantage compared to charging.

However, Tal said that in certain “edge cases,” swapping might make sense.

“In the near-term, I think where these companies could find success is in particular, discreet business models where they make sense,” said Dave Mullaney, a principal on the carbon-free mobility team at the think tank RMI, citing urban micromobility, last-mile urban delivery and certain types of trucking.

Ample, the most prominent battery-swapping startup in the U.S., is taking a slightly different approach, though. The company is prioritizing commercial auto fleets.

Ample has created an adapter plate that slots into the space where an EV battery resides, which is then fitted with multiple battery modules that are smaller and lighter than a full battery. It’s cheaper and easier to change out these modules at a swapping station. These stations are relatively easy to set up because of the modular nature of the batteries they’re swapping out, said Ample CEO and co-founder Khaled Hassounah.

“We need a couple of parking spots and a flat piece of land, and in a couple of weeks, we can get a station up and running that works just like a gas station: five minutes to get a 100% charge,” Hassounah said.

So far, Ample has deployed its technology in roughly 100 vehicles in the Bay Area. Those vehicles are primarily Ubers, which Ample has a partnership with. The startup’s goal is to have at least 1,000 vehicles with its swapping technology onboard by the end of 2022. That’s not exactly a sign battery swapping is ready for prime time, but the company has raised more than $275 million over four funding rounds, indicating plenty of VC interest. Ample also plans to expand to Madrid, Spain, and Kyoto, Japan, and it will eventually cater to individual EV owners.

A recent report from Straits Research paints a fairly optimistic picture of the potential market for battery swapping, led by the edge cases Mullaney mentioned. The researchers found that the U.S. market was valued at $15 million in 2021, but could grow to as much as $138 million by 2030. That’s big growth, but still relatively small compared to the EV charging market; a separate Grand View Research evaluation found that that market had a value of $2.9 billion in the U.S. last year, and it could grow by nearly 37% annually between now and 2030.

Two- and three-wheeler passenger vehicles dominate swapping, accounting for 55% of the market. Micromobility is an appealing market for battery swapping, Tal said, because the batteries are smaller and easier to change without robot assistance. India, for instance, is close to finalizing a nationwide battery-swapping policy for two- and three-wheelers, which make up a huge chunk of the country’s transportation fleet.

The report also found that if automakers and battery swapping companies like Ample collaborate on making new EVs swapping-compatible, that could nudge the market to grow further. But Tal is skeptical that there would be much buy-in from these automakers, many of which have already invested heavily in EV charging.

The past of battery-swapping also doesn’t really inspire much confidence in a bright future where it overtakes charging. Israeli startup Better Place emerged in 2007, and coordinated a number of pilot projects with Renault-Nissan in its tenure. Despite wrangling more than $600 million in investments, the company filed for bankruptcy in 2013.

Tesla has also dipped a toe into swapping out batteries in its vehicles, offering the service as part of a pilot project for the Model S in 2013. However, a former Tesla executive told Reuters that the swapping process was “a pain in the ass,” and the project sunsetted after two years. Tesla instead threw its weight behind building out its Supercharger network, which has become a major selling point.

The company found that charging is simply what most drivers prefer: “People don’t care about pack swap,” Tesla founder Elon Musk told the company’s shareholders in 2015.

“If I was a swapping company in the U.S., I would be forgetting about passenger cars right now,” said Mullaney. “I’d be looking at specific, micromarket segments that would allow me to get my foothold.”