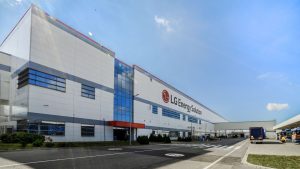 Not only may LG start mass production of 4680-type battery cells before Tesla’s initially announced supplier Panasonic, but it will also wiggle its way into the lucrative business of LFP battery making. Local media is reporting that LG has plans to open a big lithium iron phosphate battery factory in China as most of the raw materials and production equipment for the safer and more affordable technology is located there. More than half of Tesla electric vehicles sales are now of those with LFP packs, as all of its standard range Model 3 and Model Y vehicles ship with those.

LG, however, will start with storage systems rather than electric vehicles as there are lower regulatory hurdles and it can achieve economies of scale faster. It will then inevitably move to supplying electric car companies with LFP cells form the Nanjing factory that is supposed to start production in 2023. The share of the LFP battery tech compared to the traditional cells that employ more expensive metals like nickel or cobalt, increased to 50% in China last year.

The advantage of the LG Energy conglomerate is that it can be allowed easier access to the US automaking market and, according to the reports, it plans to take advantage by exporting LFP batteries to American car companies that are transitioning to electric vehicles or are already pure electric plays.

Just its partnership with General Motors will see it build 3 battery factories in the US under a US$2.5 billion Department of Energy loan, securing it an important place in the North American battery supply chain. With the LFP battery factory for the budget end of the market, LG seems well-positioned to keep its place as the world’s second biggest EV battery maker after CATL.