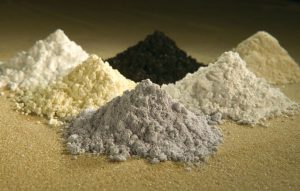 A European fund to invest in critical minerals needed for a transition to zero carbon emissions is seeking billions of euros of public and private money for a launch early next year, an official working with an EU initiative on the project said.

Europe and the United States have been scrambling in recent years to restart domestic production of rare earths, lithium, and other raw materials used in electric vehicles (EVs) and to wean themselves from dependence on China.

The European Raw Materials Fund is due to start with around €2-billion ($2.09 billion), but eventually the region will need more than €100-billion (104.70 billion) in investment to produce enough critical minerals, Bernd Schaefer, chief executive of EU-funded EIT Raw Materials, told Reuters this week.

“If you look at the enormous investment needed for raw materials, 100 to 150 billion euros needs to be invested to cope with the challenges of electrification,” he said from Nancy, France, at the World Materials Forum.

“There’s a strong appetite for investing in Europe,” he said, adding that there have been discussions with private funders such as pension funds and institutions such as the European Investment Bank.

The EU launched the European Raw Materials Alliance in 2020 to ensure the bloc has a range of critical minerals needed to meet its target of moving to net zero greenhouse gas emissions by 2050.

The European Raw Materials Fund would be used to finance the alliance’s action plan, which calls for the EU by 2030 to produce one-fifth of its own rare earth magnets, vital for EVs and wind turbines, cutting its current 98% dependence on China.

Europe is moving ahead with technical innovations needed for a green future but needs to move faster on financing to jump-start mining and processing of materials, said Victoire de Margarie, who founded the World Materials Forum in 2014.

One roadblock is bureaucracy, such as the hundreds of pages of documentation needed for some EU grants, while equivalent funding in the United States is much simpler, she said.

The US strength in funding risky start-ups and Europe’s advances in technology present opportunities for collaboration, said Margarie, who has worked for former French aluminium firm Pechiney and currently sits on several boards, including private equity group Eurazeo.

“It’s a unique opportunity for cross-Atlantic cooperation,” she said.

EIT Raw Materials’ Schaefer, who is charged with implementing the alliance’s action plan, added that Europe could also learn from China, which has pushed ahead in electrification with government funding.