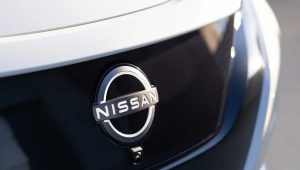 Nissan is expected to announce a new US battery supplier for its next-generation electric vehicles, which will be introduced later this decade.

The news comes from Nissan Americas’s chief Jérémie Papin (via Automotive News), who said at the Automotive News Congress that the name of the supplier will be announced “in a few weeks.”

It’s very interesting, as currently, Nissan uses lithium-ion batteries from Envision AESC, which recently announced a plan to build a $2 billion gigafactory in Kentucky. Envision AESC is a former Nissan joint venture with NEC, acquired a few years ago by Envision Group, but Nissan still holds a minority stake.

In the case of the US, Envision AESC is producing batteries for the Nissan LEAF at the Smyrna, Tennessee plant (at the Nissan vehicle factory). Other battery plants are located in Japan, the UK, and China. We believe that Envision AESC will remain the sole/main battery supplier for the upcoming Nissan Ariya.

On top of the relation with Envision AESC, Nissan is also in an advanced stage of development of all-solid-state battery (ASSB) cells.

“There is a need to have a very close connection between the battery supplier and the car manufacturer. The knowledge that is being shared between the two is very much at the heart of a battery-electric vehicle.”

The question is then whether Nissan intends to add another battery supplier to Envision AESC and how it might be related to ASSB.

Earlier this year, Nissan announced a $500 million investment to transform its plant in Canton, Mississippi into an EV manufacturing hub.

The plant currently produces Altima midsize sedan and two pickups (Frontier midsize and Titan full-size), however, after the discontinuation of NV cargo and passenger vans, the plant remains underutilized.

A new production line for two all-electric sedans – one Nissan and one Infiniti – starting in 2025, plus potential local battery pack production is expected to significantly improve the profitability of the site.

Considering this, there is a chance that the new battery supplier/battery gigafactory will also produce next-generation lithium-ion cells nearby.

There are also hints about a possible investment in a third US vehicle plant, probably focused on electric cars, but it’s not yet official and most likely part of a long-term plan (by 2030).

Nonetheless, we can see signs of a big transformation inside Nissan to prepare for mass electrification. The Japanese company has set a goal to increase the BEV share of its sales in the US to at least 40% by 2030.