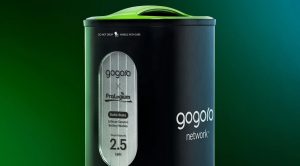 There’s a competition in electric vehicle technology that has so far stayed distant from the United States. In many Asian markets, where scooters and small-engine motorcycles outnumber cars, several players are building electric two-wheelers powered by compact lithium-ion batteries that can be removed from the bike entirely and swapped for a freshly charged unit in seconds. As the concept has caught on in Asia, it is now jumping to the similarly scooter-friendly European shores, thanks to a new initiative from Taiwanese scooter giant Kymco.

Kymco will begin European deliveries of its iOnex electric battery-swapping scooter lineup in Italy this summer. The Italian market has the right mix of residents familiar with riding two-wheelers and congested cities that likely make it a good place to launch an expansion. Italian urbanites often do not have the ability to charge their electric vehicles in a garage or driveway overnight, which makes swapping batteries all the more appealing. These Kymco scooter batteries can be removed from the two-wheeler and carried into a home for charging from a standard wall outlet, or the depleted batteries can be delivered back to a iOnex swapping station to be traded for full ones. Parking the vehicle with no batteries onboard is also a form of theft deterrent.

Other players in the Southeast Asia battery swap market are looking to expand to the rest of the world. Gogoro, also based in Taiwan, sells electric scooters at a rate of ten to one in comparison with Kymco, and this summer is set to expand into Israel. Another major player in the battery swapping space is the newly-formed Gachaco, a partnership formed by Honda, Yamaha, Suzuki, and Kawasaki in Japan, with the help of oil giant Eneos. Each of these companies is working to distribute its own line of proprietary motorcycles, scooters, batteries, and charging stations around the world.

Rather than sitting stationary plugged into a wall for a few hours to fill up with electrons, battery swapping scooters trade slight complexity for convenience. In the same way a rider might show up to a gasoline pump and fill up the tank, these swappable batteries and battery swapping stations, typically located at convenience stores and gas stations, allow a complete top-up of electricity to take place in a matter of a minute or two.

The system is proving to be economically feasible, as well. These battery-swap scooters cost less than a comparable gasoline-powered scooter, because they don’t actually come with the batteries installed. New scooter buyers will purchase the vehicle, then sign up for a monthly battery-swapping plan. Kymco, Gogoro, or Gachaco each continue to own their batteries, simply leasing out the battery and tech to new vehicle buyers. It’s a smart scheme on both sides, lowering the cost of entry, and ensuring the rider never gets stuck with a dead battery.

The system also means batteries within the system can constantly be upgraded, and the owner of the bike is never stuck with previous-generation battery technology. As soon as the company rolls out a new longer-range or higher-power battery pack, it can slot right into a bike.

On a much larger scale, Chinese electric SUV brand NIO has deployed battery swapping for its four-wheeled vehicles. Stand-alone proprietary battery swap garages are popping up around China to unbolt the pack from the bottom of a vehicle, exchange it for a fresh one, and re-install it within just a few minutes. NIO says it currently has over 800 swap stations in China, and like Kymco has recently expanded to Europe with one new station in the EV-heavy market of Norway. Each station can reportedly complete as many as 312 battery swaps per day.

Meanwhile, in the US, a different kind of trend is emerging, as Ford launches its electric F-150 truck and GM produces the enormous Hummer EV, both large vehicles that people will likely charge at home. But perhaps battery swapping tech for two-wheelers could catch on in densely populated cities like New York or San Francisco.