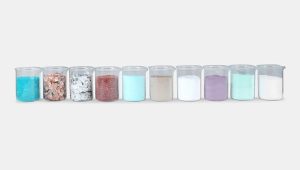 Ace Green Recycling, a battery recycler based in Bellevue, Washington, has announced plans to build and operate four lithium-ion battery recycling facilities globally. The company is siting an exponential growth in lithium batteries across various industries, and government mandates requiring battery manufacturers to minimize their environmental footprint as reasons for the expansion.

Ace says the facilities have a planned total annual capacity of over 30,000 tons. Located in The United States, Thailand and India, the four locations will tap into previously underserved recycling markets and provide regional markets with an emissions-free, carbon-neutral recycling solution to support the global adoption of lithium-ion batteries.

Between the four facilities, the planned capacities of 10,000 tons between India and Thailand and 20,000 tons in the USA. Operations in India are expected to commence by the third quarter of 2022 with an initial processing capacity of 1,800 tons annually. Meanwhile, the Thailand and USA facilities would come online in 2023 with full operational capacity planned to be achieved across all facilities by 2025.

“With the set-up of these four new facilities we would strategically leverage our global supply chain experience to not only cater to the North American markets but also Asia where we have a very strong on the ground experience and existing relationships,” says Nishchay Chadha, Ace’s co-founder and CEO.

For all four facilities, the company will deploy proprietary hydrometallurgical recycling process that combines an emissions-free, low-temperature process with market-leading recovery rates of more than 98 percent. Through this process, Ace says it can also successfully reclaim valuable metals like copper and aluminum, while also being able to handle a wide variety of the world’s most utilized lithium-ion battery chemistries.