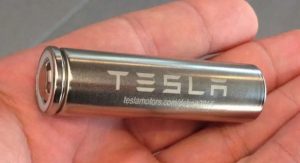 Tesla has released a list of its direct battery material suppliers, confirming reports from earlier this year of a long-term deal with Brazil’s mining giant Vale in the process.

On page 103 of its 2021 Impact Report, in the chapter titled “Supply Chain,” Tesla lists all its direct supplier relationships in the battery supply chain that were in effect last year. A total of twelve companies are included in the table, including Vale, which is listed as a supplier of nickel mined from Canada from an integrated mine site and refiner.

Following Tesla’s disclosure, Vale went public with the deal as well in a short statement dated May 6. The company said it signed a long-term contract with Tesla to supply Class 1 nickel in the United States from its operations in Canada.

Vale also noted that the agreement is in line with its strategy to “increase exposure to the electric vehicle industry, leveraging our low-carbon footprint and market-leading position as North America’s largest producer of finished nickel.” 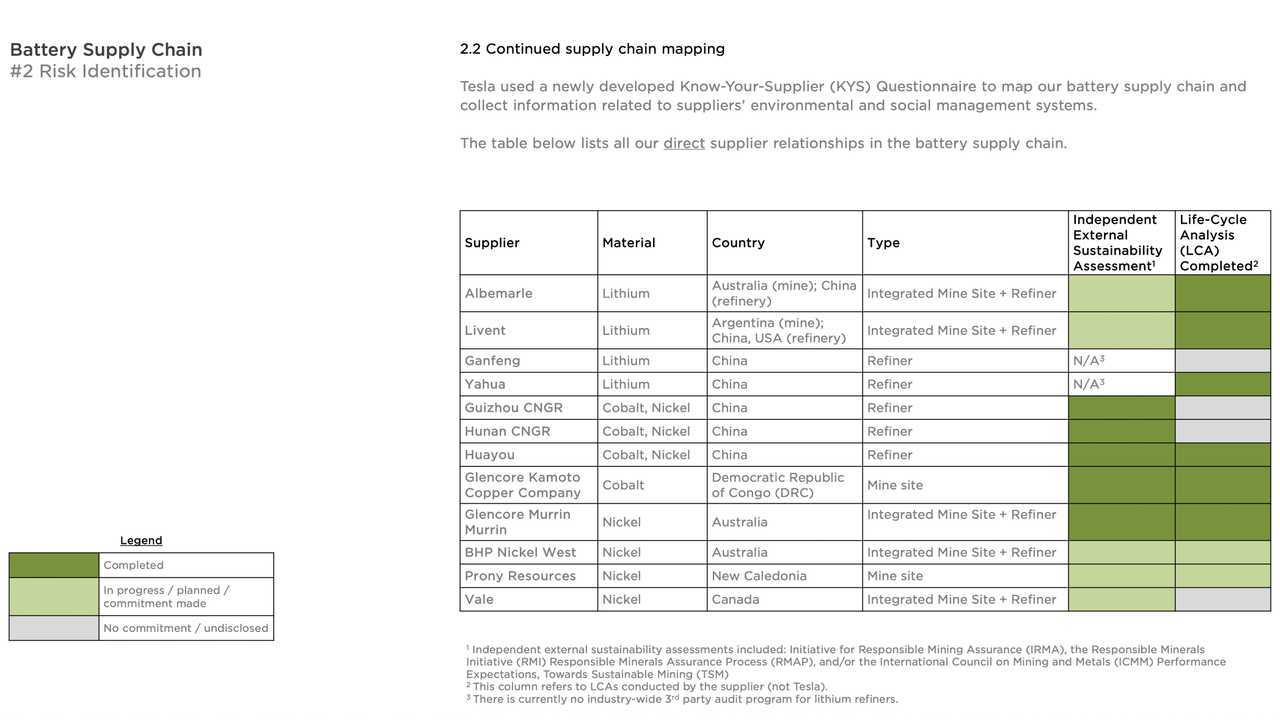 “We are pleased to have the leading electric vehicle manufacturer Tesla among our customers. This agreement reflects a shared commitment to sustainability and shows very clearly we are the supplier-of-choice for low-carbon and high purity nickel products essential for long-range batteries.”

The Brazil-based company’s target is to deliver 30% to 40% of Class 1 nickel sales into the fast-growing electric vehicle industry, up from 5%. The fact that Vale is included in Tesla’s 2021 Impact Report suggests that the agreement dates back to last year.

The list released by Tesla includes 12 suppliers, five of which are Chinese companies supplying lithium (Ganfeng and Yahua) as well as cobalt and nickel (Guizhou CNGR, Hunan CNGR, and Huayou). Interestingly, CATL is not on the list.

Besides the companies mentioned in the report, Tesla also has an agreement with Talon Metals, which will supply 75,000 metric tons of nickel concentrate from a project being developed in Minnesota. Talon Metals is not mentioned in Tesla’s 2021 Impact Report because the deal was announced in January 2022.

Nickel is an essential component for the cathodes of EV batteries, and Tesla uses nickel-based chemistries for its longer-range models.