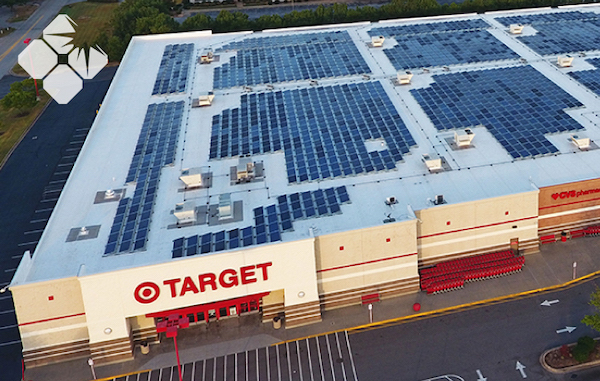 Renewable energy is quickly becoming a bottom line no-brainer for businesses and other electricity ratepayers, but the political winds in some US states are still blowing against clean power. Not for long! A newly organized group of solar energy stakeholders is taking the fight to the great state of South Carolina.

Hey South Carolina, Don’t Look Back — North Carolina Might Be Gaining On You

So, why does South Carolina have a big, fat solar energy target on its back?

That’s a good question. In the not too recent past South Carolina was a solar energy leader. In fact, it finished with a pretty decent #8 state ranking from the Solar Energy Industries Association in 2017.

However, signs of trouble were already brewing. In April of 2018, the Retail Industry Leaders Association ranked South Carolina down at 36th for access to clean power, including wind as well as solar.

That presaged a dismal showing for solar energy in 2018. When SEIA toted up the damage, last year the state plummeted to #18 for installed solar capacity and ranked an unambitious #22 in projected growth over the next five years.

The ouch is even more ouchier when you consider that South Carolina’s sister state, North Carolina, ranked #2 in 2018, second only to California.

Adding insult to injury, farther up along the Atlantic coast New Jersey came in at #5 in 2018.

Game On For Solar Energy!

Despite all the pro-coal rhetoric rolling out from the White House, it’s no big secret that top US business leaders are on the prowl for clean power.

Bottom line factors like, cost, reliability, resilience, price stability, and popularity with consumers are all combining to shove coal into the dust bin of history (natural gas and nuclear power are heading in the same direction, but that’s a whole ‘nother can of worms).

States that fall behind in the renewable energy race are losing out on important economic development opportunities. With that in mind, let’s take a look at this new solar energy coalition.

Earlier this week, SEIA rolled out a new campaign called the 100 Day Clean Energy Agenda. The idea is to contact 750,000 residents — ideally, voters — in selected South Carolina state legislative districts over the first 100 days of 2019, concluding on April 10.

The deadline is important because South Carolina’s net metering programs will expire this spring, unless state legislators do something about it:

Solar net metering programs are due to expire in mid-March in the Upstate and in mid-2019 for most other areas of the state, eliminating the ability of customers to reduce their energy bills by going solar, and putting hundreds of jobs at risk.

The 100 Day campaign encourages voters to connect with their representatives and advocate for photovoltaics. Specifically, the 100 Day agenda includes:

Ensuring fair and transparent rates for both residential and large-scale solar.

Making solar available and accessible to all South Carolinians, regardless of income.

SEIA already has some important backers lined up in the South Carolina legislature. One is State Representative Peter McCoy, who is on record stating that “over 3,000 well-paying South Carolina solar jobs and billions in private investment rely on addressing the near-term threats to solar growth.”

Rep. McCoy comes under the Republican banner, but his district is in the coastal city of Charleston. Charleston is threatened by sea level rise, so there’s that.

Another noteworthy Republican supporter who represents coastal residents is State Senator Tom Davis, who chimed in with this observation:

It is time to break the utility stranglehold and allow energy competition in the residential and corporate sectors while allowing large-scale solar providers to compete to put low-cost energy on the grid. More competition means lower costs, which means lower bills. It just makes sense.

CleanTechnica is reaching out to both legislators for some insights on bipartisan support for solar energy in South Carolina, so stay tuned for more on that.

SEIA is taking the case for solar energy to South Carolina literally door to door as well as by direct mail and online marketing.

The campaign already has a long list of heavy hitters lined up, including:

SEIA also anticipates that publicity about the 100 Day campaign will attract more backers.

If you’re wondering where Elon Musk’s SolarCity is in all this, the company did open a new office in South Carolina in 2016, sweetening the solar energy pot with free Nest thermostats. However, just a few months later it closed up shop and left.

A big victory for solar energy in 2019 would be all the sweeter considering what happened last year. Last April, CleanTechnica was among those to get excited by a major legislative milestone for renewables in South Carolina, but the measure ultimately failed.

Meanwhile, a huge opportunity for alternative energy opened up in 2017, when the major South Carolina utility SCANA Corp. announced that it was abandoning work on its VC Summer nuclear power plant expansion project.

The nuclear ship-jumping sparked a lawsuit over “bloated” electricity rates, making it all the more unlikely that nuclear energy has any prospects for increasing its share of electricity generation in the state.

That’s especially so because the settlement involves clawing back millions in golden parachutes for the executives who charted the expansion course. Whether or not that holds up in court, it could spook other top energy policy makers off the nuclear energy bandwagon.

That’s an interesting turn of events for South Carolina, which has banked heavily on nuclear power for economic growth. According to a September 2018 update by the US Energy Information Agency, the state had four nuclear power plants, accounting for almost 60% of electricity generation in 2017.

Of course, the state’s nuclear troubles also create an opportunity for natural gas. Cheap natural gas has already made a big dent in South Carolina’s coal power production over the past few years.

On the other hand, natural gas ain’t so cheap in South Carolina. According to the latest update from the US Energy Information Agency, the state had the third-highest natural gas prices in the US, behind only Georgia and Hawaii.

Another competitive factor to consider are the state’s as-yet untapped offshore wind resources.

Nevertheless, the benefits of on site solar plus storage are becoming clear to individual ratepayers as well as businesses, and that could help the South Carolina solar industry carve out a nice niche for itself — if the 100 Days campaign succeeds.