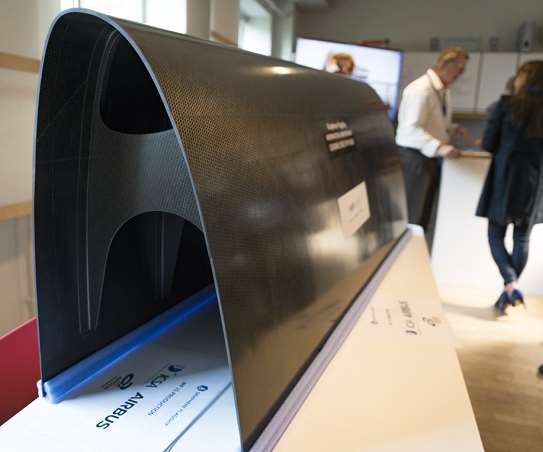 The first part of an airplane wing or tail plane to contact air, the leading edge is subjected to extreme temperatures caused by compressive heating of the air ahead of the wing – it is crucial that the part possess good mechanical and thermal properties. According to Graphene Flagship, graphene increases the mechanical properties of the leading edge, allowing for a thinner construction, decreasing its weight, while maintaining its functions. The solution is said to result in fuel savings and emissions reductions over the lifetime of an aircraft.

“We worked together with Grupo Antolin-Ingenieria and Airbus as part of the Graphene Flagship’s Production Work Package,” says Ana Reguero from Aernnova. “Aernnova supplied the resin to Grupo Antolin-Ingenieria who added graphene directly to the resin and applied milling forces. This creates small graphene particles, an important step to get good graphene infiltration within the resin, avoiding unwanted impurities, such as solvents, which can alter the viscosity of the resin. It is important to maintain the correct viscosity of the resin to ensure the optimal outcome during the resin transfer moulding of the leading edge.”

At a component level the team found that the resin showed increased mechanical and thermal properties upon graphene addition, including a decreased fracture speed.