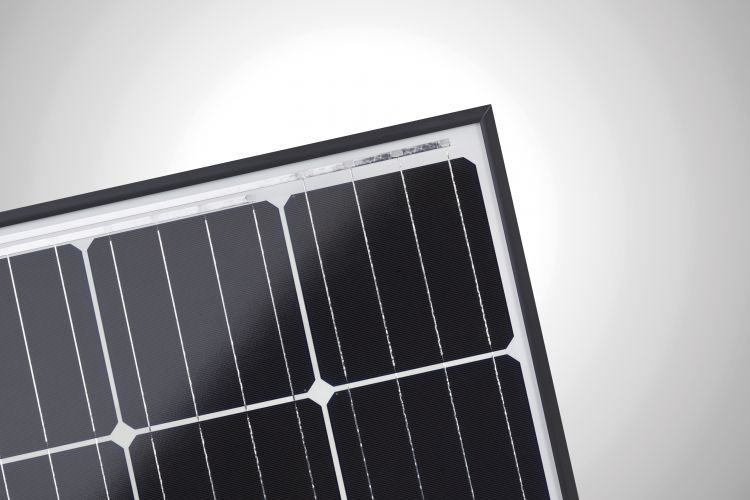 Just when it looked like the underlining trend for Tesla’s shift away from using third party mainstream solar panel suppliers was set in stone, as manufacturing partner Panasonic started ramping Gigafactory 2 production, the latest data for the third quarter of 2018, goes completely in a different direction.

Previously, we had highlighted that Tesla’s branded panels accounted for around 53% of percentage total in the first seven months of 2018 that were installed specifically in California, compared to a total of 18% through 2017.

We had also highlighted that in July, 2018 Tesla’s branded panels actually accounted for 68% of the total supplier mix as all third party suppliers share declined.

However, according to the most recent data for (July, August and September) compiled by ROTH Capital from the California Distributed Generation Statistics (CDGS) and associated contributors data sets, Tesla’s branded panel usage from Gigafactory 2 declined to 40% in installations in August and declined further in September to account for only 27% of usage.

That equates to only around 5MW, according to ROTH Capital’s data analysis.

Both August and September being the lowest usage of Tesla branded panels in 2018, to date. Clearly, something happened (yet known) that caused the deep decline.

Not surprisingly, some of the regular third party suppliers benefited from the renewed demand from Tesla, especially after general demand declines for some started near the beginning of the year.

Two of biggest beneficiaries in Q3 have been Canadian Solar and Hanwha Q CELLS.

The biggest change in fortunes is that of Canadian Solar, which Tesla had almost stopped using through the first five months of 2018. The company bounced back in June accounting for 12% of supply for installations in California in June, dipping to 9% in July but pushing on to 22% of the mix in August and 25% in September, second only largest share to Tesla branded panels (27%).

A more undulating supply picture can be painted for Hanwha Q CELLS, which had accounted for 16% of supply to installations in May and June, fluctuating lower either side of these two months but rebounded to 22% of the supply mix in September.

It should be noted at this point that these to panel manufacturers are the largest in the industry (by capacity) that are mostly focused on multicrystalline technology. We will come back to that aspect later.

Other former mainstream suppliers (Trina Solar, REC, Kyocera and LG Electronics) did not benefit from the surge in the third party supply in Q3.

However, unidentified ‘others’ surged to account for a combined 15% of supply in the quarter, having been pegged around 2% per month through May.

The devil in the detail

Tesla had reported total third quarter 2018 solar installations of 93MW, 11% higher than the previous quarter (84MW), which are the best installation figures since the fourth quarter of 2017, yet lower (107MW) than the prior year period.

According to ROTH Capital’s data analysis, Tesla’s total installations in California in Q3 were down 43% year-on-year but up 33% from Q2 2018. This equated to 46MW, which included 28MW of residential installs.

However, Tesla delivered 17MW of C&I (Commercial and Industrial) installations in California in Q3, which was up 77% from the prior year period and up 80% from Q2, 2018.

It is rare to find Panasonic’s high-efficiency N-type mono HIT (Heterojunction with an intrinsic layer) cell/panel technology used in C&I installs, simply due to the up-front costs, compared to monocrystalline and multicrystalline technologies.

With higher C&I installs in the mix for Tesla in Q3 and higher supplier from Canadian Solar and Hanwha Q CELLS, suggests end-market demand dynamics could have played a key role in Tesla branded modules usage plummeting in the quarter.