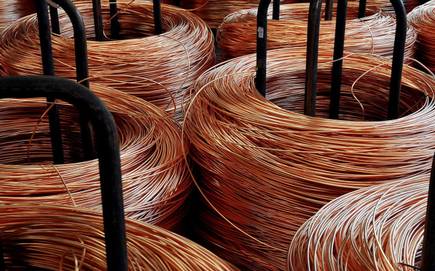 London copper rose more than 2 percent on Friday, recovering from an 18-month low hit in the previous session, as investor sentiment was bolstered by China’s announcement of a new round of trade talks with the United States.

But the market is facing its biggest weekly drop in almost two months on worries over slowing growth in top industrial metals consumer China.

WEEKLY MOVES: For the week, LME copper is down 2.4 percent, the biggest weekly decline since early November, while prices in Shanghai slipped 2.8 percent this week, the most since mid-August.

TALKS: China and the United States will hold vice- ministerial level trade talks in Beijing on Jan. 7-8, as the two sides look to end a dispute that is inflicting increasing pain on both economies and roiling global financial markets.

PMI: The Caixin/Markit services purchasing managers’ index (PMI) rose to a six-month high of 53.9 in December, up from 53.8 in the previous month and well above the 50.0 mark separating growth from contraction.

DATA: “The economic data has started the day on positive news with Chinese PMI numbers improving over the previous month which has also supported the metals and later today there are the U.S. PMI and payroll numbers to come and if they can also show an improvement it may calm the nerves of the global markets,” Malcolm Freeman, director of Kingdom Futures, said in a note.

ZAMBIA: Mining companies operating in Zambia have failed to show how higher taxes introduced this year will affect their profitability despite objecting to the new framework, a senior government official said on Thursday.

Africa’s second-largest copper producer increased its sliding scale for royalties of 4 to 6 percent by 1.5 percentage points from Jan. 1 and introduced a new 10 percent tax when the price of copper exceeds $7,500 per tonne.