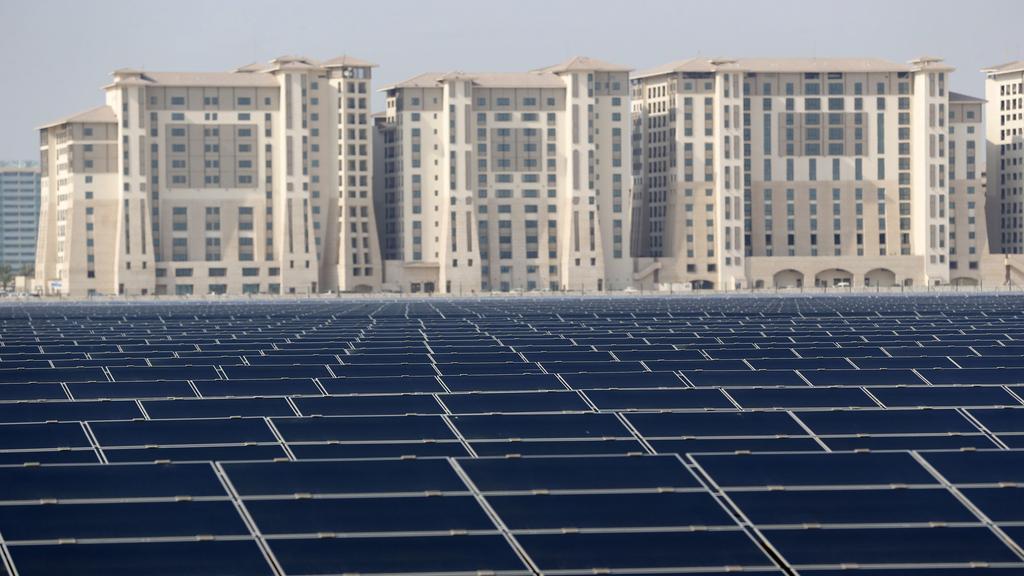 This week, the emirate of Dubai reached a milestone in the construction of the Dh50 billion Mohammed bin Rashid Al Maktoum Solar Park, with the completion of the first 128 pillars of the scheme’s main generator tower. The National explores why solar is at the heart of clean energy initiatives in the GCC.

What is solar power?

Solar power is power generated by capturing energy from the sun and turning it into electricity for homes, businesses and cities. As countries work to reduce carbon emissions under global and national pledges, solar has become increasingly popular. It was the world’s fastest-growing source of power in 2016, accounting for almost two-thirds of net new energy capacity globally, according to a report from the International Energy Agency last year. The rise was due to a boom in photovoltaic panel installations – the panels used to capture the sun’s energy and convert it into electricity – particularly in China, due to lower costs and government backing.

Like other countries around the world, the GCC is working to reduce greenhouse gas emissions. Solar is an especially attractive alternative to using fossil fuels because of the abundance of sunshine in the region, and recent developments in solar technology that are making the cost of solar equipment drop.

What plans does the UAE have for solar power?

The UAE’s Clean Energy Strategy aims to provide 44 per cent of the country’s energy needs by 2050, with 7 per cent of power targeted to come from solar over the period between now and 2020. Projects such as the Mohammed bin Rashid Al Maktoum Solar Park are integral to the plans. The Dh50 billion scheme, whose fourth phase is under construction, is set to become the largest solar energy facility in the Arabian Gulf. There is also the 10MW solar farm on the outskirts of Masdar City in Abu Dhabi.

How it solar energy financed?

There are a range of models being deployed around the world at present – from crowdfunding for small-scale domestic solar energy, right through to solar bonds, commercial joint ventures and state financing for large-scale schemes.

In the UAE, the Mohammed bin Rashid Al Maktoum Solar Park will operate through an Independent Power Producer (IPP), or non-utility generator model, in the form of joint ventures between commercial partners. An IPP is not a public utility, but it owns facilities to generate electric power for sale to utility companies who in turn sell to residents.