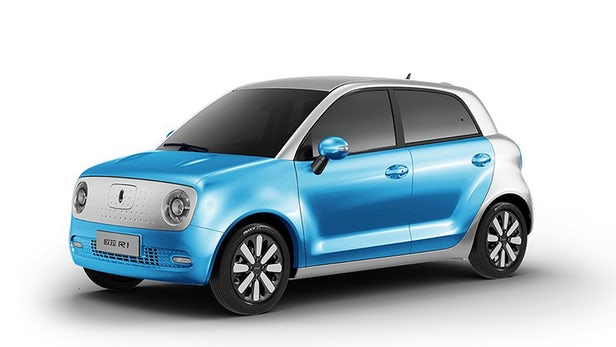 China’s Great Wall Motors has announced it’s hitting the local Chinese EV market with the first small car from its new Ora brand. The 2019 Ora R1 is a humble electric commuter with a long warranty, a range up to 194 miles (312 km) and a scorching government-subsidized price starting at just US$8,680.

As American innovators like Tesla push forward at the premium end of the EV market, China is going for volume at the low end, with subsidies incentivizing zero-emissions motoring. According to Forbes, the average subsidy on a long-range EV is around US$10,000, split between China’s central government and local programs.

On the one hand, it’s out of necessity, with China’s gigantic urban populations suffering from shocking air pollution that kills hundreds of thousands a year. But in another sense, these moves do plenty to position China well as the EV wave begins to break globally.

But the benefits to the Chinese consumer are clear in vehicles like the Ora R1, which is an absolute no-brainer of an electric commuter at prices between US$8,680 to US$11,293.

According to Electrek, the R1 was launched at last year’s Beijing Auto Show. It’s a tiny four-door hatch, running a very modest 35-kilowatt (47 hp) motor that should be good for a top speed around 62 mph (100 km/h).

A 35-kWh battery delivers a claimed range up to 194 miles (312 km) on the NEDC test, which means that even in more spirited usage it’s likely to give most urban commuters around a week’s worth of urban traffic crawling between charges.

Part of the cost cutting appears to derive from Ora’s direct-to-customer sales model, which will eliminate dealerships from the chain, replacing them with “a network consisting of ORA Home, experience centers and smart outlets in the central business districts of Chinese cities,” according to Great Wall GM and Vice President Ning Shuyong.

The Ora R1 is currently only available in China, but the brand has signaled its interest in the global market, so we’ll have to wait and see what happens on that front.