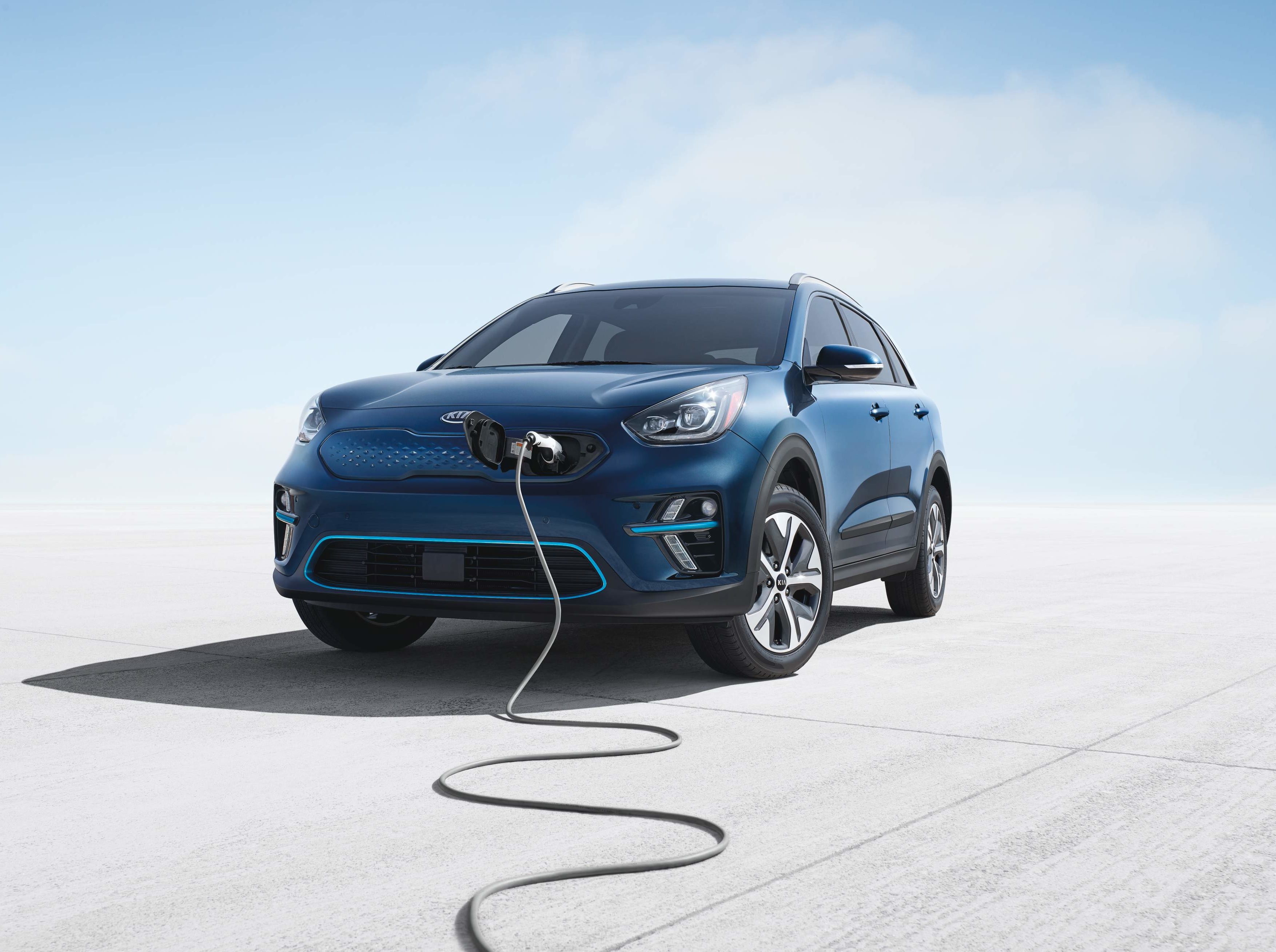 There are now a handful of long-range, semi-affordable electric cars on the market. One of the hottest newcomers is the Kia e-Niro (aka Kia Niro EV).

However, Kia recently updated those ratings to 455 kilometres (282 miles) and 289 kilometres (179 miles), respectively.

The US Environmental Protection Agency (EPA) still provides the most realistic real-world range around, and it puts the higher-trim e-Niro’s range at 239 miles (385 km).

The range for price is fairly comparable to what you’d get from a Chevy Bolt / Opel Ampera-E (higher end of the range) or Nissan LEAF (lower end). Actually, the Kia e-Niro is as good as it gets on this topic (see table below). What’s a bit different/special about the e-Niro is its body style. People love the SUV and crossover body styles these days, and the e-Niro slides right into that crossover look and feel, even though it’s a pretty small car. Technically, it’s a subcompact crossover. (For the record, from the inside, the BMW i3 has this kind of feel as well, even though it’s technically a “subcompact car.”)

You may be thinking (or even saying), “What about the Tesla Model 3?” Well, the Model 3 option available sometime in the first half of 2019 is still considerably more expensive than an e-Niro or LEAF. The Tesla Model 3 Long Range with premium interior will reportedly cost £46,500 (with PIG applied). It does have a real-world range of 310 miles (500 km), but that’s still a solid step up in price from the Kia e-Niro or Nissan LEAF. A £30,000 version of the car with 220 miles of real-world range is still supposed to arrive eventually, which has a very similar £/mile price as the fully loaded Kia e-Niro, but it’s honestly anyone’s guess when that car will arrive in the UK — Elon Musk’s/Tesla’s forecasts for the arrival of this car in the US have been woefully optimistic in the past couple of years.

All in all, what’s great is that we’re getting more variation in pricing, range, and body style for electric vehicles, which means more consumer choice. That will drive market growth (no pun initially intended). For a quick-glance comparison of these three models, here they are in table form using US EPA (i.e., real-world) range ratings and UK pricing:

Back to the range update, here’s the explanation of the issue from Kia: “All new cars to be sold in the European Union are subject to the new WLTP tests, which use a standardised test programme set and overseen by designated testing authorities. The new e-Niro was one of the first cars tested under the new WLTP rules. In carrying out the new tests on the car to establish its homologated electric vehicle driving range, the independent organisation overseeing the process accidentally provided an incorrect testing methodology and then approved the results it generated. This led to the e-Niro being tested for a disproportionate length of time on the WLTP ‘urban’ cycle (comprising lower overall vehicle speeds and a reduced energy requirement), resulting in an overestimation of the vehicle’s all-electric range.

“The inconsistency in the test cycles has been identified due to Kia’s ongoing homologation work for another new Kia electric vehicle. No other Kia vehicles are affected by this issue. … Kia Motors is proactively communicating with customers who may have already ordered a All-new e-Niro, to explain this discrepancy.”

Does the range update change the equation for many buyers or potential buyers? I doubt it, but it’s nice to see Kia getting out there and publishing a press release to alert people to the change and also explain it. Good move.