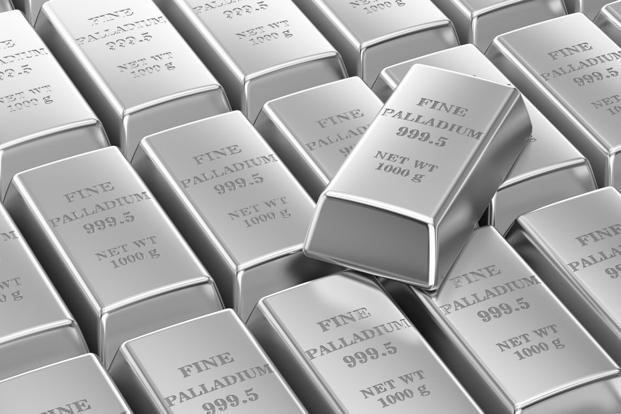 Gold is back in the news these days as the precious metal seems to be the only asset that is posting a gain. Stocks have tanked, and the price of crude oil has declined by almost 45% since October 3. Fear and uncertainty have gripped markets across all asset classes which has made the holiday season in 2018 a lot less jolly compared to last years.

Precious metals have many attributes. Metals like gold and silver have long histories dating back thousands of years as hard money or a means of exchange. Even today, central banks around the world are the leading holders of gold as a foreign currency reserve. The metals can serve as a hedge against the inflationary policies of central banks that print fiat currencies. Precious metals also have tremendous utility given their density and resistance to heat. All of the members of the precious metals sector have industrial applications.

Investors, traders, and people all over the world watch the prices of gold and silver as they observe stocks, bonds, currencies, and other leading commodities like crude oil. While platinum has attracted the interest of market participants at times, few watch the prices of palladium and rhodium, two platinum group metals (PGM). In 2018, the two least watched metals were the best performers in the sector. Ironically, the worst was platinum, another one of the PGMs.

Gold may be one of the best performing assets over the recent weeks, but it will still post a loss on a year-on-year basis when 2018 comes to an end next week.

As the weekly chart highlights, the price of nearby COMEX gold futures closed 2017 at $1305.10 per ounce. As of December 24, the yellow metal was trading at $1268.50 on the nearby futures contract, 2.8% lower on the year. While gold has become a front-page item once again, the open interest metric tells us that participation in the gold futures market is far lower at the end of 2018 than it was the prior year. Open interest was at 492,970 contracts at the end of 2017, and on December 21 it stood at 442,942 contracts, a decline of over 10% on a year-on-year basis.

Platinum is the third wheel in the precious metals sector when it comes to its position as an investment asset. Like silver, platinum posted a significant decline in 2018.

NYMEX platinum futures fell from $929.40 per ounce at the end of 2017 to $788.40 as of December 24, a drop of over 15% on the year. The open interest metric did not change much in 2018 as it closed 2017 at 81,914 and was at 81,682 contracts on December 21. Platinum was the worst performing precious metal of all during the year, but silver was a close second. Gold tends to attract more investment demand than platinum and silver which typically move based on industrial demand factors. In 2018, the trade dispute between the U.S. and China weighed on the prices of many industrial commodities. Copper, the bellwether industrial metal, fell from $3.30 at the end of last year to its current price at around $2.67 per pound. Crude oil was trading at under $43 per barrel on December 24 compared to a price at just over $60 at the end of 2017. There are many more examples of industrial raw material prices that will post significant year-on-year losses in the year that ends next week, but two other precious metals have gone the other way.

The price of palladium fell to a low at $451.50 in early 2016 when many other commodities found bottoms. Palladium rallied with the rest of the asset class from its 2016 low, but in 2018 when many of the other industrial commodities suffered losses, palladium continued to move to the upside.

Palladium is an industrial metal that has a high resistance to heat. Its use in automobile catalytic converters to clean toxins from the air has caused an explosion in demand over past years. The vast majority of annual production comes from two countries; South Africa and Russia. Palladium is a byproduct of other metal output. In Russia, it comes from the Norilsk region of Siberia where nickel deposits contain other metals like platinum and palladium. In South Africa, palladium production comes from nickel-copper deposits. Despite weakness in both copper and nickel over recent months, the price of palladium continued to soar.

The quarterly chart of NYMEX palladium futures shows that the price of the metal rose to a new record high above the 2001 peak at $1090 at the beginning of 2018. After a correction, palladium continued to make higher highs throughout 2018 reaching its most recent peak at $1245 per ounce during the week of December 17. Palladium closed 2017 at $1055.15 per ounce and was at $1222.70 on December 24, a rise of 15.9% on the year. The forward curve in the palladium futures market tells us that the market is suffering from a shortage of the metal as we head into 2019.

As the term structure of the palladium market shows, the progressively lower prices on deferred delivery periods or backwardation in the market point to a supply shortage in the palladium market. While prices are lower all the way out to the December 2019 contract, they remain above the 2001 all-time peak at $1090 per ounce.

Rhodium had a bullish year

Rhodium is another PGM, but it does not trade on any futures market and is only available in the physical market through dealers, banks, and directly from producers. South Africa is the world’s leading producer of rhodium which is a byproduct of primary platinum production in the mineral-rich nation.

Moreover, rhodium was trading at below $600 per ounce in 2016, so it has experienced an even more impressive gain that palladium over the period. Rhodium is a rare and illiquid metal, and like palladium, it is rising because of a shortage or deficit in the market where demand is higher than nearby supplies. The low price of platinum has caused South African producers to close mines where the extraction cost is higher than the market price for the metal. The decline in platinum output has created the shortage in the rhodium market in 2018 and led to its explosive price action on the upside.

The prospects for the two PGM stars for 2019

It is virtually impossible to pick tops or bottoms in markets as the trend tends to be a trader or investors best friend until it bends. As we head into the New Year, the price of crude oil is plunging and is approaching a level that is almost half the price it was on October 3, just three months ago. When it comes to the stars of the precious metals sector, palladium, and rhodium, both metals are going into the New Year not far off their recent peak prices. In palladium, the high is at a record level. However, in rhodium, the peak remains far below its all-time high which was at over $10,000 per ounce.

The price action in these two metals since 2016 and their ability to remain near highs in the recent environment of risk-off price action in most markets makes it difficult to go against their trends. However, the one observation as we move into 2019 is that as PGMs, platinum can serve as a substitute for both palladium and rhodium when it comes to industrial applications. Moreover, platinum is a denser metal and has a higher resistance to heat than both rhodium and palladium which makes for a compelling case for the most beaten down member of the more liquid precious metals that trade on the COMEX and NYMEX divisions of the CME. At the same time, the recent interest in gold which has lifted the price of the yellow metal since mid-August despite a rising dollar could be a harbinger of a rise in demand for metals that are stores of value. Even though platinum has not traded at a premium to the price of gold since 2014, its nickname “rich man’s gold” is a testament to the potential for the rare precious and industrial metal.

The most direct routes for an investment or trading position in the platinum market is via dealers who sell physical bars and coins or through the NYMEX platinum futures market. The Aberdeen Standard Physical Platinum Shares ETF product (PPLT) provides an alternative for those who do not wish to hold metal or venture into then futures arena. The fund summary for PPLT states:

“The investment seeks to reflect the performance of the price of physical platinum, less the expenses of the Trust’s operations. The fund designed for investors who want a cost-effective and convenient way to invest in platinum with minimal credit risk. Advantages of investing in the Shares include Ease and Flexibility of Investment, Expenses, Minimal Credit Risk.”

With net assets of $492.16 million and an average of 61,950 shares trading each day, PPLT holds 100% of its assets in physical platinum bullion.

Platinum is likely to wind up the worst performing precious metal of 2018. The price action in palladium and rhodium could be the perfect reason why the metal will experience a recovery in 2019 which is long-overdue for the platinum market.