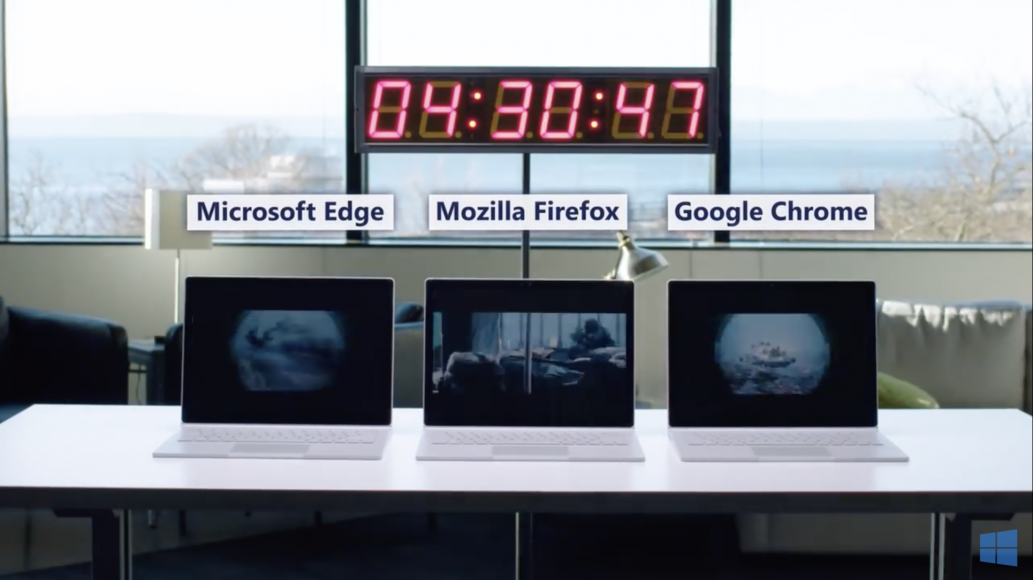 If Microsoft couldn’t iterate as fast as its competitors do on its new web browser, the company has often highlighted that Microsoft Edge is the best browser for battery life on Windows 10 PCs. The company repeated these claims many times over the years, but for some reason, the company didn’t do it following the release of the Windows 10 October 2018 Update this Fall.

The long blog post announcing the latest major update for Windows 10 had many of details about Learning Tools, PDF improvements, Platform and Enterprise Management updates and more for Microsoft Edge, but there was no bragging about battery usage improvements. As it turns out, the company did confirm that Edge on the October 2018 Update is more battery efficient than other browsers, but it did so on an GitHub page that went pretty much unnoticed until it was spotted by Thurrott.com today.

As we’ve seen in the past, the company did a streaming video test using identical Surface Book laptops connected to Wifi and running the October 2018 update. In the end, the Surface Book streaming the video in Edge 18 lasted approximately 16 hours, which is 24% longer than Chrome (almost 13 hours) and 94% longer than Firefox (8h16). The company didn’t publish a video for this latest test, but these results are definitely impressive.

It’s not clear why Microsoft didn’t communicate more about this latest browser efficiency comparison, and maybe that’s because the timing was less than ideal. Earlier this month, Microsoft announced that it was working on a Chromium-based version of Microsoft Edge which will launch in preview next year. Because it uses the same foundation as Google Chrome, this new Edge browser will likely have worse battery life than the current version of Edge, which uses Microsoft’s own EdgeHTML browser engine. However, this may the price to pay for having a browser that has less compatibility issues and a much bigger selection of extensions.