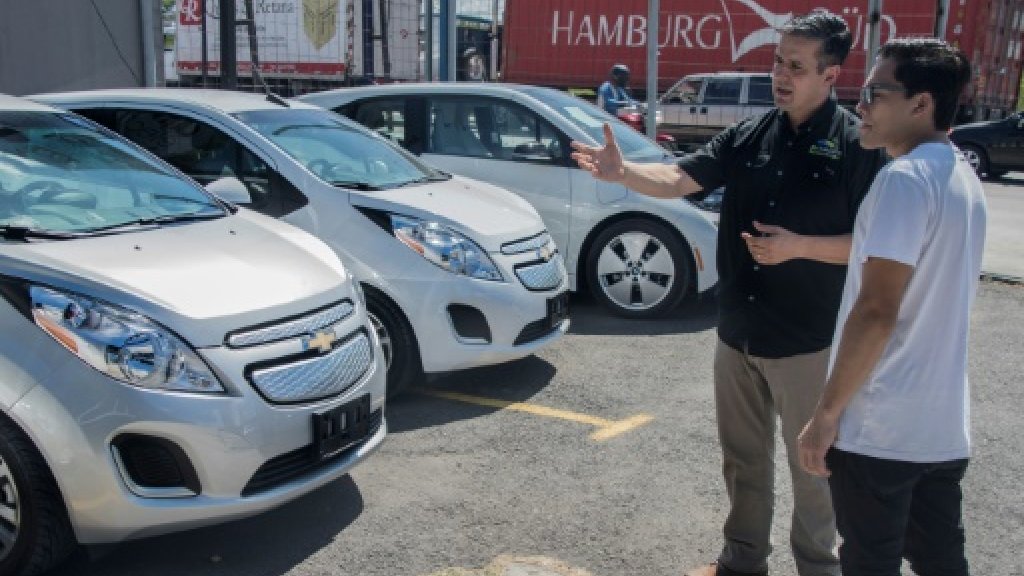 Costa Rica likes to advertise itself as an ecological paradise, where more than 98 percent of its electricity needs are met by clean energy.

But in the automotive industry, it is lagging behind with just 600 out of 1.4 million private vehicles running on electricity rather than petrol or diesel.

Experts believe that is about to change, though.

Bernal Munoz, a director at Costa Rica’s electricity institute (ICE), insists that 600 vehicles is in itself progress, having doubled the number on the roads in 2017.

“We have studies done by the University of Costa Rica with mathematical models that say the growth rate will continue,” Munoz told AFP.

ICE is leading the way, having purchased a fleet of 100 electric vehicles to replace the same number of fuel-powered ones.

“The aim of this project is to demonstrate that the electric vehicle is perfectly adapted to the topographical conditions of this country, with its rolling, mountainous terrain,” said Munoz.

Costa Rica’s state postal service has got in on the act too, purchasing 30 electric motorcycles for its employees to use on their rounds.

“We have proposed the transition towards a fleet of electric vehicles, facilitating the process so that public institutions buy zero emission vehicles,” said First Lady Claudia Dobles.

An architect, Dobles has been tasked with the government’s urban renovation program, including the modernization of its transport.

When President Carlos Alvarado assumed office in May, he initiated a program of decarbonization of the economy, with the transition to electric cars a key to the project.

The central American country is already a world leader when it comes to green energy, having generated more than 98 percent of its power through renewable sources for the last four years in a row.

That makes the country the ideal place to promote clean transport, according to Carlos Echeverria, senior regional specialist at the Inter-American Development Bank.

“The government wants to convert Costa Rica into a laboratory for the decarbonization of the economy, and transport is fundamental to that,” he told AFP.

Transport is responsible for 66 percent of hydrocarbon consumption and 54 percent of carbon dioxide emissions.

As well as the replacement of fuel powered vehicles with electric ones at state institutions, last year the government implemented tax exemptions for the private purchase of electric cars.

It’s also planning a passenger train between major cities and a cargo locomotive to and from its major Caribbean port of entry and exit.

“What Costa Rica is doing is leading in the way of electrical mobility at a regional level,” said Echeverria.

Other Latin American countries, such as Chile, Colombia and Mexico, have made progress in the electric public transport sector, according to Munoz.

In Costa Rica, there have been discussions with transport businesses to launch electric busses, but for the time being the focus is on private cars.

In 2019, it will start installing a network of 40 recharging stations distributed throughout the country, with at least eight new stations to be built each year, said Munoz.

Paraguay will inaugurate in 2019 rapid-charging electric stations over 1,000 kilometers (600 miles) of roads connecting its major cities, know as the “green route.”

One person to benefit from the government’s measures is Roberto Quiros, who replaced his family’s two cars with electric vehicles.

In 2017 he bought a used Chevrolet Spark from the United States and this year added a new Ford Focus.

“From an economic point of view it’s a great comfort. We were spending 140,000 colones ($233) a month in petrol, $300 every four months in maintenance, oil changes and everything” else.

Now he spends only $50 a month as he recharges the cars at home.

There are three companies in Costa Rica importing new electric cars: Nissan, Hyundai and BMW. But at $30,000-50,0000 per vehicle, that is beyond the means of the vast majority of Costa Rica’s middle classes.

For them, the tax exemptions applied in the country’s electric transport strategy can be of benefit as used cars sell for half the price of a new one.

Businessman Mariano Avalos began importing used electric cars from the US 18 months ago and has noticed a change in the domestic market since then.

“At first we’d import a Chevrolet and wait five months to sell it,” said Avalos.

“Demand has changed, now we sell on average four a month and we expect to sell 10 a month next year.”