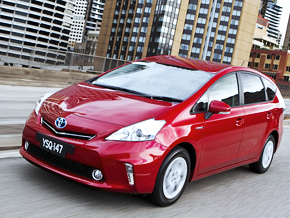 It is almost as certain as death or taxes and like all things, hybrid batteries will one day cease to exist to provide power to your vehicle and die.

The dreaded check engine light and the ‘triangle of death,’ as Prius owners know it, is the first indication that there could be a problem with your vehicle.

You are crossing your fingers and hoping against hope that it’s just a matter of tightening up the gas cap. But no luck, the mechanic says the scanner indicates you will need to replace your hybrid battery.

It used to be that when the hybrid battery died, your only option was to head directly to your car dealership and shell out at least $3,000 to $5,000 for the part alone, depending on the vehicle.

Luckily, for hybrid vehicle owners, those days are long gone.

In South Florida, there are several companies providing hybrid battery replacement service at a fraction of that price, but it is up to the customer to do their own research, compare prices and read online reviews.

On Thursday, we met Ricardo Barrios, owner of Miami Hybrid. We found him changing the hybrid battery on a 2006 Toyota Prius.

The vehicle’s owner tells us he found Miami Hybrid online and that he was impressed by the reviews on Yelp.

For Barrios, who started his business five years ago, it is a labor of love. He says hybrids are better for the environment.

He says he was motivated to start his company because he saw there was a need.

“The dealerships were charging whatever they wanted for the hybrid batteries and I learned how to refurbish them to help other Prius owners,” Barrios said.

He loves how electric and hybrid vehicles are better for the environment. He says he has changed hybrid batteries on all kinds of vehicles.

Barrios says he is an environmentalist at heart and that was his motivation to start his company.

He says he works with customers to give them good prices and will even come to their house or place of work to do a free installation.

His batteries are not new, but refurbished, he explains. He says he works on the batteries himself.

On this day, he offered his customer a year’s warranty on the job.

“It used to be hybrid vehicle enthusiasts would shy away from buying these cars, because of the high price involved in replacing the batteries,” he says.

In South Florida, one hybrid vehicle owner was happy to spend a fraction of the cost on his hybrid battery.

Barrios says he is happy to travel all over South Florida, Florida and the entire southeast United States to help customers in need.