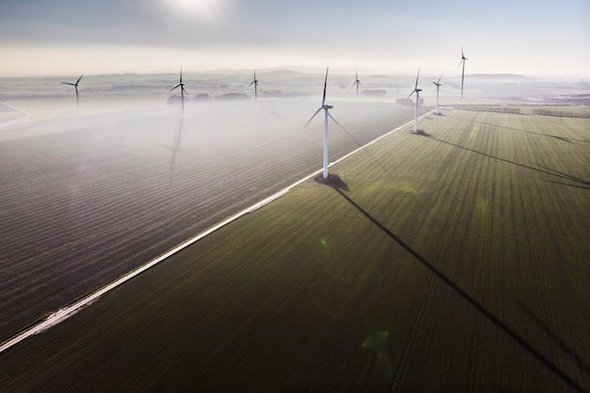 Several major financial institutions have made massive sustainable-investment pledges surrounding COP24, the new round of global climate talks that concluded earlier this month in Poland. The World Bank announced $200 billion in funding for projects tackling climate change in developing countries. Five of Europe’s largest banks, managing more than $2.7 trillion, promised to reassess their lending and reduce their carbon impact. And several countries increased their funding to the Green Climate Fund, which supports renewable energy and climate resilience projects in developing countries, bringing the funding to $7 billion.

The announcements are part of a trend towards sustainable investing. However even with these pledges, the future of clean energy investment for tackling climate change is still unclear.

The consequences are stark. Recently, researchers from the Global Carbon Project announced that global emissions of carbon dioxide have reached the highest levels ever recorded. The COP24 conference followed several recent reports, including from the International Panel on Climate Change, the International Energy Agency and the Trump administration, which laid out the level of destruction climate change can wreak on the environment, economy, and human life.

Limiting global warming to 2 degrees Celsius will require transforming the energy sector and will come with a hefty price tag. The International Renewable Energy Agency found that an additional $25 trillion of renewable energy investment would be necessary by 2050, or over $700 billion per year to limit a rise in temperature to 2 degrees C, more than double the current sector investment.

Analysis from climate scientists and experts suggests that major strides in emissions reductions will not be possible without greater investment, especially towards renewable energy. On top of pledges made this week, financial innovations that drive capital towards both large-scale deployment of renewable energy and development of cutting-edge new technologies will be necessary.

Large-scale deployment of mature renewable energy technologies like wind farms and solar parks is critical to meeting climate goals. Projects that can provide mass electricity to cities and urban areas are now increasingly attractive to institutional investors like pension funds, which pursue major renewable energy development as cost-competitive infrastructure investments; in the second quarter of 2018, renewable energy assets accounted for more than half of the number of infrastructure deals.

This increase has been spurred by a rise in impact investing, which considers societal and environmental factors when making investment decisions. Recent adoptions of impact investing have seemed promising; in 2014, the California State Teachers’ Retirement System pledged to double its clean energy investments to $3.7 billion over the next five years. The Ceres Investor Network on Climate Risk of over 161 institutional investors with a $25 trillion in assets has encouraged clean energy investment and carbon reduction.

However, these funds are still in the minority among institutional investors, and innovative policies will be necessary to attract investment for large-scale deployment. The federal government should make these investments more attractive to risk-averse organizations through risk mitigation and issuing sovereign green bonds, which finance renewable energy and environmentally sustainable projects.

While the Department of Energy provides some insurance for renewable energy projects, its loan guarantee program should increase its funding specifically for these infrastructure investments, which would reduce investor anxiety and unlock more private capital.

Increasing the use of green bonds would also encourage more investment. Green bonds have surged in popularity in the U.S. market, which is expected to issue more than 20 percent of the global forecast of $250 billion in 2018. However, these bonds come largely from the private sector or local governments. The United States should distribute its own sovereign green bonds, allowing innovative technologies to become competitive without government subsidies. This endeavor has been successful in increasing investment in countries like Poland and France.

In order to achieve a future where carbon emissions are limited to a safe level for human existence, breakthrough technologies like new forms of energy storage and fuels are vital. Unfortunately, many firms still struggle to find access to early-stage capital

Historically, venture capital (VC) typically engaged in this sort of high-risk, early stage investment. However, VC investors have been cautious in recent years, following an industry crash in 2008 and a series of high-profile failures later on. Although VC money brought up some of the sector’s most well-known firms, traditional VC timelines are too short for many emerging renewable technology companies.

Breakthrough energy technologies require early-stage funding with long-time horizons, and there are already several groups, including different types of VCs and broad global funds, that have adapted to the lessons of previous investment in cleantech, deploying “patient capital” for promising technologies. But while these innovative private organizations can provide some of this funding, government funding should also play a critical role.

The Department of Energy already issues a significant amount of funding to promising emerging technologies, as does the Advanced Research Projects Agency-Energy (ARPA-E), which is specifically focused on potentially transformative energy technologies. However, the government should increase this funding capacity and broaden its participation in Mission Innovation, a pledge by 22 countries and the European Union to double investment in clean energy innovation by 2020. In addition, the United States should continue to support the other aspects of Mission Innovation—especially commitments to collaborate internationally and with private investors.

The pledges made at COP24 are simply not enough. Even though financial institutions are gradually decreasing their carbon impact, it is evident that governments and investors must be proactive in closing the financing gap by building out new infrastructure and focusing innovation. If taken seriously, meaningful investment might just be one of the world’s most powerful tools to save our warming world.