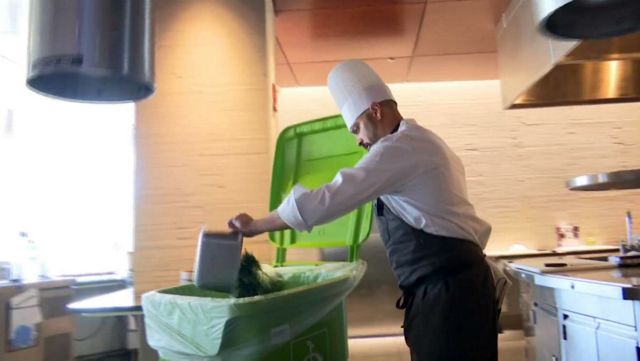 The city of Orlando is taking part in a program that converts food scraps into clean energy.

After meals are prepared, food scraps are collected.

“It lowers total waste going to landfills and diverts it to a positive end use,” Orlando Sustainability Manager Joe England said.

The food scraps are put in bins and transferred to the Harvest Power facility near Disney World. Up to 120,000 tons are processed annually coming from places like the city of Orlando and Disney.

The scraps are dropped in a big pit.

“We have a hydraulic clamshell that picks off solid food waste material from this containment area… feeds it into a hopper that conveys into our turbo separator,” Plant Manager Javier Corredor said.

From there, it goes through several others steps.

“We are taking waste and providing clean energy and fertilizer,” Corredor said.