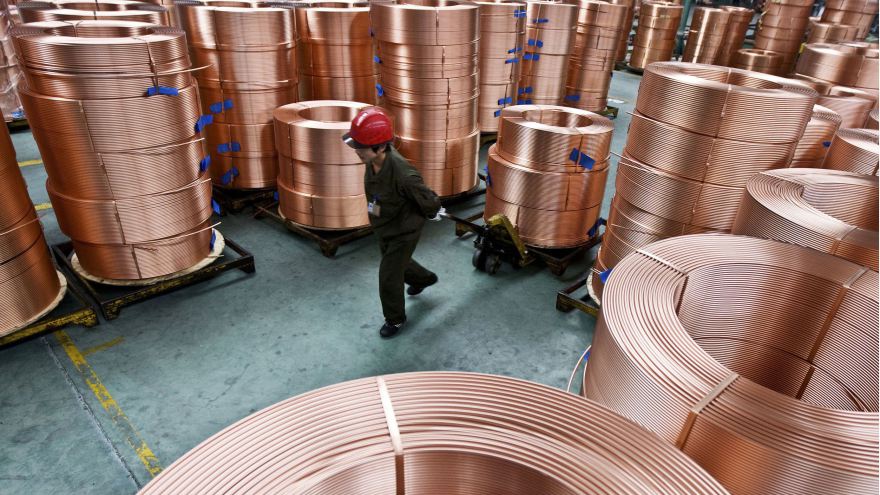 Copper futures in China fell for a second session on Tuesday and touched their lowest level in 15 weeks, reflecting faltering sentiment among investors amid mounting concerns over an economic slowdown.

Prices tumbled in most Chinese commodities following a pre-Christmas holiday sell-off in overseas markets, with investors rattled by a likelihood of a prolonged U.S. government shutdown and the U.S. Treasury secretary’s convening of a crisis group meeting to calm markets.

Trade is generally lukewarm during the Christmas holiday period…China is unlikely to add more refined copper output before producers reach an agreement on new treatment and refining charges (TC/RCs), said analysts from CITIC Futures in a note in Mandarin.

A meeting to discuss the TC/RCs for the first quarter next year is scheduled to be held on Thursday.

“With Chinese new year approaching, total demand in the country will gradually weaken, which would rein in copper prices.”

* LME COPPER: Three-month copper on the London Metal Exchange was down 0.6 percent to $5,955.5 a tonne on Monday, having hit its lowest since mid-September at $5,941. LME is closed on Tuesday for the Christmas holiday.

* CHINA ECONOMY: Business confidence among entrepreneurs in China worsened in the fourth quarter compared with the previous one, and was at the lowest since the second quarter of 2017, according to a survey by the People’s Bank of China published on Monday.

* CHINA TARIFFS: China plans to remove import and export tariffs in 2019 on a range of goods, including import taxes on alternative meals used in animal feed, to secure supplies of raw materials amid trade tensions with the United States and boosting outbound cargoes.

* CHINA ENVIRONMENT: China will adopt more efficient and targeted measures during its campaign against pollution next year, but will not relax the targets or ease the crackdown on violators, the environment ministry said in a statement on Monday night.

* RIO TINTO: Anglo-Australian miner Rio Tinto, is preparing to take its Iron Ore Company of Canada business public in the first half of 2019 by dual-listing it in New York and Toronto, people familiar with the situation told Reuters.