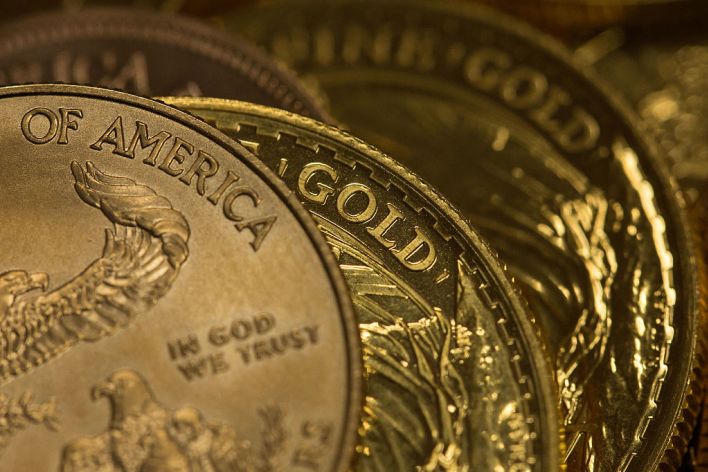 A partial U.S. government shutdown was almost certain to drag through the Christmas holiday after the Senate adjourned on Saturday without breaking an impasse over President Donald Trump’s demand for more funds for a border wall.

Signs of political instability in the United States at a time when the global economy is weakening sent equities sliding, further boosting demand for gold.

“Investors will start allocating some funds to gold considering that global growth is slowing and equity markets remain muted. If one has to seek refuge in these ongoing crises, gold is a good option.”

The Japanese yen and the Swiss franc, which are considered a safe bet during times of economic and political stress, also gained as investors’ appetite for risk assets waned.

Fed Chairman Jerome Powell had said last week that policymakers would be “patient” in determining future rate hikes amid expectations the U.S. economy will slow next year and inflation likely to stay below the Fed’s 2 percent target next year.

“We are seeing small physical demand and short-covering in gold,” said Peter Fung, head of dealing at Wing Fung Precious Metals in Hong Kong, adding activity was thin before Christmas.

“We can see support around $1,250. Prices are likely to stay around the current levels until the end of this year.”

Hedge funds and money managers raised their net long positions in Comex gold to a six-month high in the week to Dec. 18, indicating improved interest in the metal.