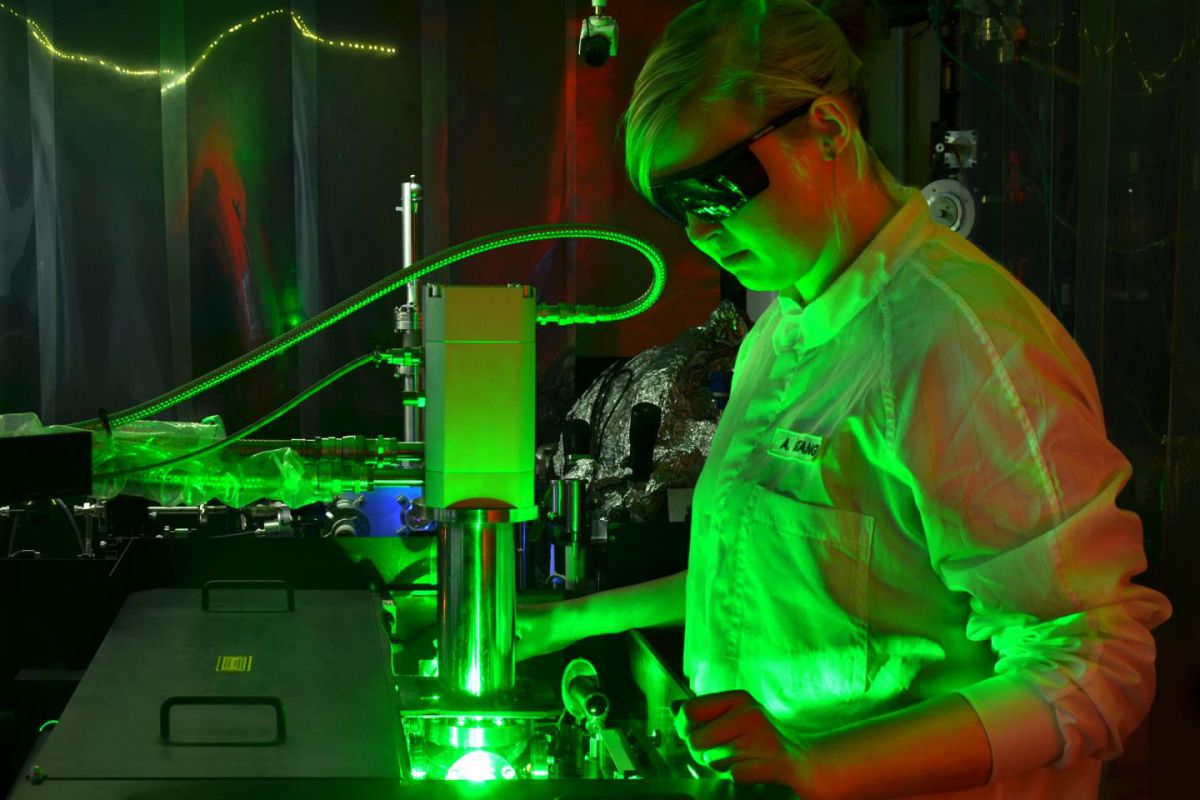 Now You See Me

We just got a bold new look at what happens when light interacts with electrons.

When converting light into electricity, like in solar cells, much of the energy isn’t converted into electricity. When light hits an object it stimulates electrons in a process that’s over in only a few femtoseconds — that’s one quadrillionth of a second. Better understanding the process could lead to new types of advanced electronic devices or improved solar cells.

Because the process occurs super fast we can’t see it happening. Even with the help of modern technology the process proved impossible to record, until now. Researchers Germany’s Kiel University (CAU) used one of the world’s fastest cameras to film the motion of electrons. The research team described their research in the journal Physical Review Letters.

In their experiment the researchers fired quick light pulses at graphite, chosen for its simple electronic structure, and recorded the movement of the electrons.

“Thanks to the extremely short duration of the light pulses used, we are able to film ultrafast processes live. Our investigations have shown that there is a surprising amount of stuff happening here,” explained Michael Bauer, professor of ultrafast dynamics at CAU.

Based on their film, the team described three distinct phases. First the electrons absorbed the light energy in the graphite, then the energy was distributed to other electrons, before being passed to other atoms. In this final stage the energy is converted into heat, in short, the graphite warmed up.

Although this process had previously been theorized, it’s the first time it has been observed and recorded. New technological capabilities have allowed this research to be conducted on a time-scale we’ve never been able to work on before. By better understanding how electrons behave we can optimize technologies that make use of light and electricity, opening previously unexplored avenues of research.