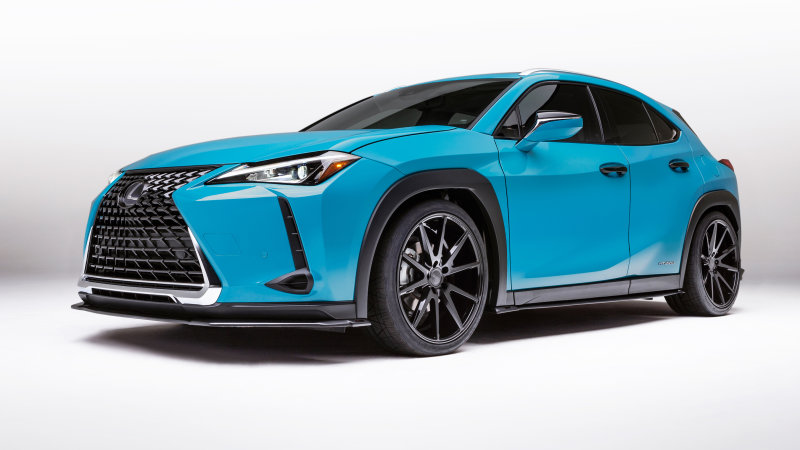 That the biggest mainstream auto manufacturers will offer fully electric vehicles is no longer a question of if, it’s an inevitable matter of when. Lexus has thus far taken the wait-and-see approach to the burgeoning market that is expected to take over throughout the next decade, but that could change soon. A recent trademark filing could indicate that Lexus is ready to introduce a fully electric version of its new UX crossover.

Dug up by Autoguide, the trademark “UX300e” recently popped up on the European Union Intellectual Property Office (EUIPO). A separate look on TMView shows it is indeed linked to Lexus and was filed at the Norway office.

The Lexus UX is just getting off the ground in December but is expected to be a huge seller for Toyota’s luxury branch. The UX 200, which is offered with a naturally aspirated four-cylinder engine, is now Lexus’ cheapest vehicle. The UX 250h offers a hybrid variant and is available with all-wheel drive. F Sport packages are available on both variants, in an attempt to add an extroverted sense of excitement.

Although the trademark is far from a guarantee that such a car is coming, it all makes sense. Crossovers are booming business as of late, and many manufacturers, such as Kia with the Niro and Soul, are offering electric versions of cars that also have other traditional forms of motivation. We’ll update as soon as we know more.