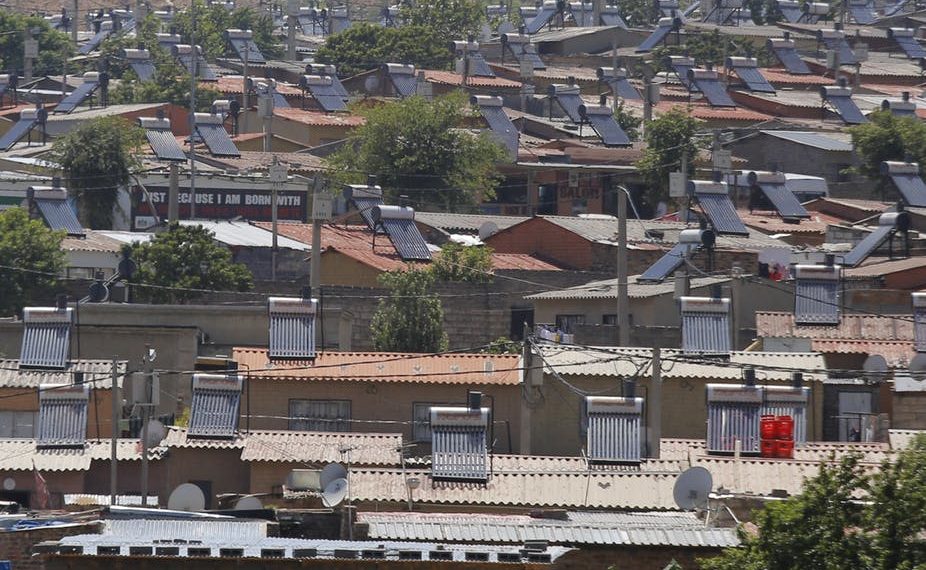 In 1967 one gigabyte of hard drive storage space cost US$ 1m. Today it’s around two US cents. Computer processing power has also increased exponentially: it doubles every two years. This is just the tip of the iceberg when it comes to technological progress in the 21st century.

There have also been tremendous advances in communication technology; robotics; nanotechnology; genetics and artificial intelligence, among other things. This merging of digital, physical and biological worlds has come to be known as the “fourth industrial revolution”.

So far, relatively little attention has been paid to the overwhelming potential of the fourth industrial revolution to catalyse much needed transitions to a more sustainable society – particularly in the developing world.

This is slowly starting to shift. The World Economic Forum recently published a set of briefs as part of its “Shaping the Future of Environment and Natural Resource Security System Initiative”. These documents have begun to address some key questions around the potential role of the fourth industrial revolution in supporting a sustainable development agenda.

There are many compelling reasons for combining the offerings of the fourth industrial revolution with new green technologies, infrastructures and systems to tackle the developing world’s challenges. Multiple benefits can be realised through introducing these offerings in new, innovative ways that are customised for local contexts.

Unplanned slums and informal settlements present systemic problems in most developing world cities. This is particularly the case in both large, established and smaller, emerging African cities. Municipalities are under strain. They simply don’t have enough bulk infrastructure – water, sanitation, electricity and waste management facilities – to cater for growing populations.

The value of green technologies and systems is that they are largely decentralised or semi-decentralised. Examples include solar panels, energy saving devices, and small-scale wind and hydro energy technologies. These don’t require major infrastructure investment. And their decentralised nature enables them to keep up with cities as they change.

The introduction of green technology solutions and systems can also bring down household costs. Between 50 and 70% of poor African households’ budgets are spent on food, water, energy and transport. This makes them vulnerable to external shocks such as sharp rises in the costs of electricity, oil and petroleum, food and water.

These factors are also interlinked: for example, if oil prices rise, so do the costs of transport and food. That places extra pressure on already struggling households.

Green technologies can buffer poor households from these shocks by decoupling them from their dependence on local grids and provincial, national or global supply systems.

That’s at a household level. Then there’s the bigger picture. Absorbing green and sustainable technologies can help seed small to medium enterprises on a large scale and increase their investment appeal.

This, in turn, can drive economic growth and get cash circulating at the levels where it’s most needed.

Introducing new technologies to a city is a great job creator. People are needed to install solar panels, solar water heaters, biogas digesters, energy savings devices; or to set up urban agriculture and permaculture operations. There are already examples of this in several African cities.

And, perhaps the biggest boon of them all: the fourth industrial revolution presents a massive opportunity to leapfrog African countries’ productive economies into a wholly new space.

Economic diversification and development on the continent could benefit considerably from harnessing the opportunities emerging in the green technology and fourth industrial revolution spaces. This will shift them onto a significantly new economic growth and developmental trajectory. It will also go a long way towards ensuring that as emerging economies develop, they will do so in a manner that doesn’t exacerbate climate change and environmental degradation.

A number of African countries are already positioning themselves to harness this opportunity. Both Rwanda and Ethiopia, for example, have placed green economic development and sustainability at the heart of their national economic development strategies and plans. More recently, Kenya has committed to actualising a 100% transition to green energy by 2020.

Other African countries would do well to follow these nations’ examples. The fourth industrial revolution is here. Combining it with green technology is a way for the continent to benefit at all levels.The Conversation