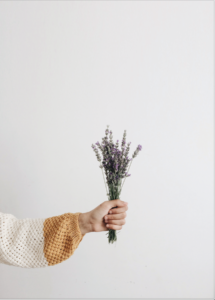 A recent breakthrough in the Korean peace process has hit the headlines across the world. Although US President Trump claims this success for himself, a real driving force behind the inter-Korean rapprochement was South Korea’s President Moon Jae-In.

In a fast and smart way, President Moon has opened new avenues in the Korean environmental and peace politics. His announcement of a coal and nuclear phaseout in South Korea was a major milestone. It sets a clear vision, which should guide further negotiations in peace talks with North Korean President Kim Jong-Un.

The leaders of North and South Korea have agreed on removing all nuclear weapons from the Korean peninsula. To achieve this bold goal, all nuclear plants in both countries must be decommissioned. As long as nuclear power plants are in operation, there is still a possibility to create weapons of mass destruction. This will inevitably corrode trust in any peace agreement as we have witnessed in the case of Israel’s and the Trump administration’s accusations to Iran’s nuclear program. Therefore, the only way, ensuring trust and cooperation, would be a complete nuclear power phase-out.

“Fossil fuels are not an option and would only increase political dependence on Russian imports.”

Now it is very important that the international community supports President Moon in his bid for a peaceful and nuclear-free Korean future based on renewables. Renewable energy technologies have become way cheaper than fossil fuels and nuclear energy. They are key in the fight of humanity against climate change. In contrast to nuclear and fossil fuels, renewables are not prone to cyber or terrorist attacks and do not pose a threat to health.

Renewable energy technologies undoubtedly provide the most sustainable option to drive economic growth in the underdeveloped North. A so-called ‘peaceful’ use of nuclear power would lead to continuous intrusive investigations of nuclear power plants by foreign examiners in North Korea with unsatisfying outcomes as showcased in Iran.

“Back in 2007, I already offered to the Korean leaders a peace plan for North Korea based on renewables instead of heavy fuel oil, but it was not adopted.”

President Kim could lose patience and call off negotiations just as his father Kim Jong Il did back in 2009. In 2007, North Korea was offered only heavy fuel oil — the most polluting of all fossil fuels. With heavy fuel oil, there can be no talk of sustainable economic prosperity and climate protection. The international community has failed to offer North Korea a basis for green economic development and thus bears indirect responsibility for nuclear armament of the country. Back in 2007, I offered to the Korean leaders a peace plan for North Korea based on renewables instead of heavy fuel oil, but it was not adopted.

Since 2007, many things have changed. Today, renewables generate the most cost-effective energy. The position of South Korea as a market leader in renewable energy technologies, battery storage, and e-mobility provides another advantage to getting projects off the ground quickly. New production sites in North Korea could create a plethora of jobs and a switch to 100% renewables would position the Korean peninsula as a global leader of sustainable, nuclear-free green economy.

Due to their know-how in renewable energy systems, the governments of China, Germany, and other countries can play important roles in kicking off such a peace plan for Korea. Their engagement would greatly facilitate the transition and counter the offer by Russian President Putin to supply natural gas, coal, and oil to North Korea. Fossil fuels are not an option and would only increase political dependence on Russian imports. Renewables provide energy independence.

An international network of scientists and parliamentarians — Energy Watch Group together with Lappeenranta University of Technology in Finland, and Global Green Growth Institute, based in South Korea — will develop a roadmap to realize the goal of transitioning the Korean peninsula to 100% renewables. This roadmap will be based on unprecedented simulation of supplying total future energy demand in the Korean peninsula with renewables on an hourly resolution and across all energy sectors. To realize this peace plan, we will need support from all political and social groups, as well as funding for the enormous research work.

A peaceful and prosperous Korean future can be achieved sooner than most people think, but for that it should be based on a nuclear-free and 100% renewable clean energy system.