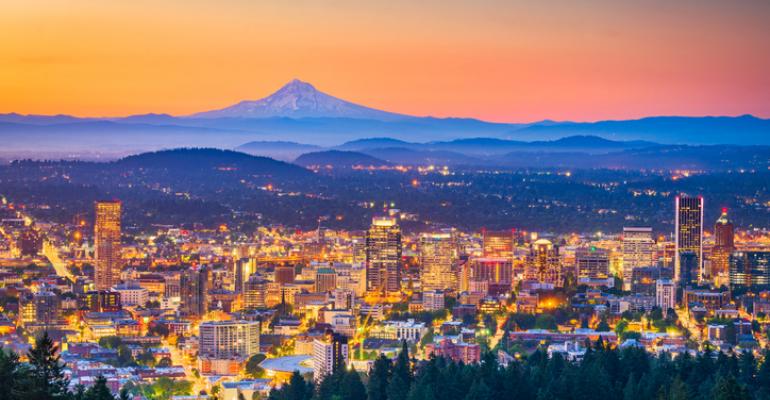 Portland General Electric announced plans this fall to file a proposal for a Smart Grid Test Bed that will integrate smart grid technology on a scale never before attempted in the United States. Slated to begin next year, the project aims to accelerate PGE’s vision for a clean energy future through partnering with customers to decarbonize the grid.

PGE is building and testing three smart grids within its service area that will enable more than 20,000 customers to take advantage of special demand-response signals and incentives for using smart-home technologies, giving them greater energy efficiency opportunities and increased control over their energy use and carbon footprint. The entire service area will benefit as PGE integrates even more renewable energy resources into its power supply without compromising grid safety, security and reliability.

“PGE is committed to delivering a clean energy future, and we’re leaning in to our long history of industry leadership to get there,” said Maria Pope, PGE president and CEO. “Together with customers we’re making the future a reality with innovative projects like our Smart Grid Test Bed. This first-of-its-kind project will leapfrog over other smart grid efforts, enabling PGE to gain and share learnings that will aid the entire industry.”

“The PGE Smart Grid Test Bed represents a leap forward in the relationship between customers and their energy providers,” said Jon Wellinghoff, former chairman of the Federal Energy Regulatory Commission and CEO of Grid Policy, Inc. “By providing customers with more control over their energy consumption and carbon footprint with the latest in control technology, PGE is on a path to building a model that energy providers everywhere can learn from and replicate.”

PGE will make this a seamless experience for customers by helping them automate their smart devices, such as thermostats, water heaters, electric vehicle chargers and batteries, to work in concert with PGE as it operates the grid. During times when demand for electricity is especially high in the region, customers will be able to decide on an event-by-event basis if they want to participate in reducing their overall energy consumption.

To accomplish this, PGE will leverage advanced communications capabilities and distribution system upgrades in three Oregon cities: Hillsboro, Portland and Milwaukie. Three feeders and substations in these cities will also be equipped with other smart grid technologies such as new remote controls that increase system reliability and enhanced safety and cyber security.

The test bed will accelerate the development of distributed resources, which include customer-hosted renewables like rooftop solar; flexible resources like batteries, thermostats and water heaters; and electric vehicle charging. The project will rely on PGE’s unique ability to partner with customers. The two-and-a-half-year project aims to achieve at least 66 percent participation by eligible customers, an ambitious goal considering typical uptake of demand-response programs nationally is less than 7 percent.

The project was conceived and is being overseen by energy regulators in Oregon. To accelerate the concept, PGE developed the pilot with guidance from the Rocky Mountain Institute, one of nation’s top sustainability consultants. The project is being steered by an advisory committee of local and national subject matter experts from the public and private sectors.