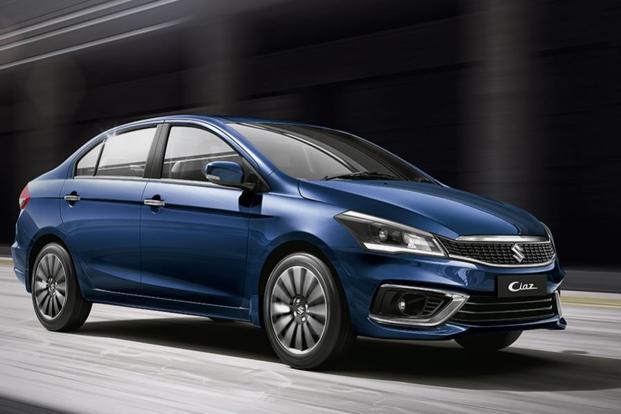 Maruti Suzuki India Ltd has started work on its first full hybrid car, with the government finally signalling its intention to offer incentives for hybrid cars, along with electric cars. India’s largest carmaker is working on greater localization of parts for such vehicles while it prepares for the opening of a lithium ion battery plant in Gujarat being built jointly by the Suzuki-Toyota alliance. Maruti Suzuki currently sells a mild hybrid version of its Ciaz sedan.

Kenichi Ayukawa, managing director of Maruti Suzuki India, said on Wednesday that the company is expecting tax benefits from the union government for hybrid cars.

“We are pushing for localization of components like lithium ion batteries and others. We are already in the process of implementing the battery plant and are planning for a strong hybrid vehicle as well,” Ayukawa said in an interview on the sidelines of a press conference. “We are trying to collaborate with Toyota in pushing the hybrid system nationwide if the government supports (with some cuts in tax rates).”

The government was initially inclined to offer the incentives only to electric cars in a bid to promote the sale of such eco-friendly vehicles and arrest rampant pollution in its major cities. However, relentless lobbying by Japanese companies in favour of hybrid cars led to a shift in the stance.

Subsequently, the ministry of road transport and highways recommended a reduction in the rate of goods and services tax (GST) on hybrid cars. The department of heavy industry also sought incentives for 10,000 hybrid vehicles in the second phase of the Faster Adoption and Manufacturing of Hybrid and Electric Vehicles (FAME).

The prime minister’s office is also in favour of incentivizing manufacture of lithium ion batteries that can be used for both hybrid and electric vehicles.

Suzuki and Toyota have formed a partnership to develop small electric and hybrid vehicles for the Indian market and it is expected that Suzuki will collaborate with Toyota for the first full hybrid car that will be launched by the company in India.

Suzuki has two alliances—one where it will produce lithium-ion batteries in Gujarat in collaboration with Denso Corp. and Toshiba Corp.; and another with the world’s largest automaker, Toyota Motor Corp., to sell electric cars in India by 2020.

“Globally, Toyota is the best when it comes to hybrid technology and we are trying to learn (from them). We will try to collaborate. We, at Suzuki, also have some system but Toyota’s technology is very advanced. We have to learn a lot of things,” said Ayukawa. “The hybrid technology is still not so much cheaper,” he said. “So, for small cars, we have to consider a different option.”

Carmakers, especially those from Japan, are lobbying the government to popularize hybrid vehicles as this will give them enough room to develop electric vehicles while reducing vehicle emissions and comply with stricter emission rules set to be enforced from 2022 under corporate average fuel efficiency (CAFE) norms.

“Going forward, the government may offer incentives on manufacturing lithium ion batteries in the electric vehicle policy and tax rates on hybrid vehicles may also come down. So it makes sense for companies to invest in hybrid before moving to complete electric,” said Puneet Gupta, associate director, passenger vehicle forecast, IHS Markit, a global consultancy firm.

The government has been urging automakers to cut emissions from new vehicles.

“We have always been saying that hybrid technology needs to be encouraged till the time we can develop the electric technology. It helps reduce carbon emissions and will result in fuel import reduction by almost 30%,” Maruti Suzuki chairman R.C. Bhargava said at the press meet.