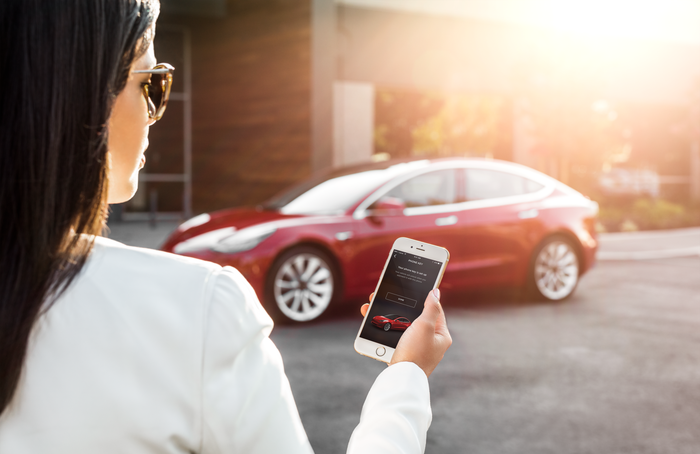 Further upside for Tesla (NASDAQ:TSLA) stock could be unlikely, according to Morgan Stanley analyst Adam Jonas in a note to clients this week (via Bloomberg). The company is approaching a critical time as it aims to sustainably produce a record level of vehicles, pay off debt, and expand Model 3 deliveries internationally. This period of transition, Jonas explained, could present some challenges and ultimately mark “an emerging peak in sentiment and potentially the share price.”

And Jonas isn’t the only analyst with a bearish take on Tesla stock this week. Goldman Sachs analyst David Tamberrino reiterated his sell rating for the stock and shared concerns about Model 3 demand.

The bearish take on Tesla stock throws cold water on some recent upbeat analyst updates on the stock. While investors shouldn’t rely solely on analysts’ analysis, these skeptical views of Tesla stock do bring up some noteworthy points.

In Jonas’ note to investors this week, the analyst acknowledged the company’s “very strong” third-quarter results but said the period’s profitability and positive cash flow may not be enough for investors to begin believing the company is self-sufficient. To win over more investors, Tesla will need to demonstrate “a more sustained period of execution,” Jonas said.

Jonas pointed to several near-term challenges for the company, including Tesla’s ongoing international expansion and the possibility of a capital raise during the fourth quarter to help reduce investor concerns about the company’s debt load amid aggressive growth plans.

In a note to investors this week, Goldman Sachs analyst David Tamberrino implied that recent catalysts for Tesla stock may be short-lived. The stock’s run-up has been driven by a “combination of pent-up demand and the looming phase-out of the U.S. Federal Tax Credit.” To this end, Tamberrino predicts “a lull in demand” for the Model 3 during the first quarter of 2019, in which the company’s international expansion for the vehicle may not totally offset weaker domestic sales.

Both analysts have price targets implying significant downside compared to the stock’s price of about $345 at the time of this writing. Morgan Stanley has an equal-weight rating on the stock and a 12-month price target of $291. Goldman Sachs reiterated its sell rating, with a $225 price target.

What Tesla has said

It’s worth noting that the electric-car company said in its third-quarter earnings call that it does not currently have any plans to raise capital through debt or equity.

Further, Tesla has been optimistic about its demand for Model 3, noting in its third-quarter shareholder letter that of the 455,000 net reservations the company had for the vehicle in August 2017, fewer than 20% have canceled. “We are expecting most of the remaining reservations to gradually convert to orders as we launch more versions of Model 3, introduce other financing options, and begin sales outside North America,” management said.

Management was also optimistic about Model 3’s potential in Europe, noting that the market there for mid-sized premium sedans is about twice as big as it is in the U.S.