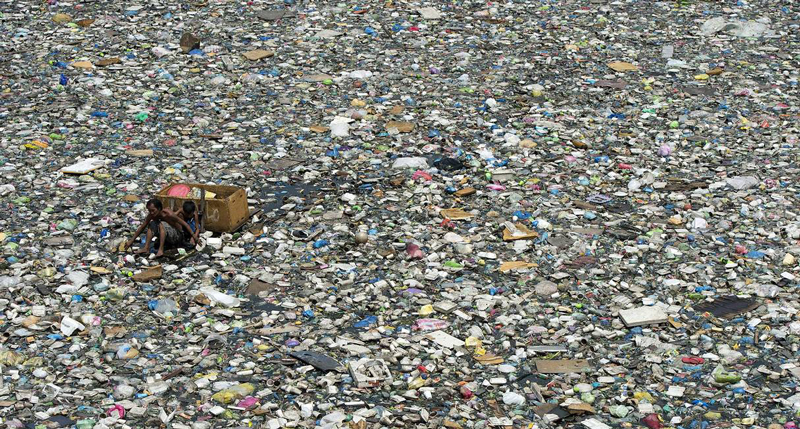 In the adventure classic Back to the Future, Emmett “Doc” Brown uses energy generated from rubbish to power his DeLorean time machine. But while a time machine may still be some way off, the prospect of using rubbish for fuel isn’t too far from reality.

Plastics, in particular, contain mainly carbon and hydrogen, with similar energy content to conventional fuels such as diesel.

Plastics are among the most valuable waste materials – although with the way people discard them, you probably wouldn’t know it. It’s possible to convert all plastics directly into useful forms of energy and chemicals for industry, using a process called “cold plasma pyrolysis”.

Pyrolysis is a method of heating, which decomposes organic materials at temperatures between 400C and 650C, in an environment with limited oxygen.

Pyrolysis is normally used to generate energy in the form of heat, electricity or fuels, but it could be even more beneficial if cold plasma was incorporated into the process, to help recover other chemicals and materials.

Cold plasma pyrolysis makes it possible to convert waste plastics into hydrogen, methane and ethylene. Both hydrogen and methane can be used as clean fuels, since they only produce minimal amounts of harmful compounds such as soot, unburnt hydrocarbons and carbon dioxide (CO2). And ethylene is the basic building block of most plastics used around the world today.

As it stands, 40 per cent of waste plastic products in the US and 31 per cent in the EU are sent to landfill. Plastic waste also makes up 10 per cent to 13 per cent of municipal solid waste. This wastage has huge detrimental impacts on oceans and other ecosystems.

Of course, burning plastics to generate energy is normally far better than wasting them. But burning does not recover materials for reuse, and if the conditions are not tightly controlled, it can have detrimental effects on the environment such as air pollution.

In a circular economy – where waste is recycled into new products, rather than being thrown away – technologies that give new life to waste plastics could transform the problem of mounting waste plastic. Rather than wasting plastics, cold plasma pyrolysis can be used to recover valuable materials, which can be sent directly back into industry.

Cold plasma pyrolysis makes it possible to convert waste plastics into hydrogen, methane and ethylene. Both hydrogen and methane can be used as clean fuels, since they only produce minimal amounts of harmful compounds such as soot, unburnt hydrocarbons and carbon dioxide (CO2). And ethylene is the basic building block of most plastics used around the world today.

How to recover waste plastic

In our recent study we tested the effectiveness of cold plasma pyrolysis using plastic bags, milk and bleach bottles collected by a local recycling facility in Newcastle.

We found that 55 times more ethylene was recovered from high density polyethylene (HDPE) – which is used to produce everyday objects such as plastic bottles and piping – using cold plasma, compared to conventional pyrolysis. About 24 per cent of plastic weight was converted from HDPE directly into valuable products.

Plasma technologies have been used to deal with hazardous waste in the past, but the process occurs at very high temperatures of more than 3,000C, and therefore requires a complex and energy intensive cooling system. The process for cold plasma pyrolysis that we investigated operates at just 500C to 600C by combining conventional heating and cold plasma, which means the process requires relatively much less energy.

The cold plasma, which is used to break chemical bonds, initiate and excite reactions, is generated from two electrodes separated by one or two insulating barriers.

Cold plasma is unique because it mainly produces hot (highly energetic) electrons – these particles are great for breaking down the chemical bonds of plastics. Electricity for generating the cold plasma could be sourced from renewables, with the chemical products derived from the process used as a form of energy storage: where the energy is kept in a different form to be used later.

The advantages of using cold plasma over conventional pyrolysis is that the process can be tightly controlled, making it easier to crack the chemical bonds in HDPE that effectively turn heavy hydrocarbons from plastics into lighter ones. You can use the plasma to convert plastics into other materials; hydrogen and methane for energy, or ethylene and hydrocarbons for polymers or other chemical processes.

Best of all, the reaction time with cold plasma takes seconds, which makes the process rapid and potentially cheap. So, cold plasma pyrolysis could offer a range of business opportunities to turn something we currently waste into a valuable product.

The UK is currently struggling to meet a 50 per cent household recycling target for 2020. But our research demonstrates a possible place for plastics in a circular economy. With cold plasma pyrolysis, it may yet be possible to realise the true value of plastic waste – and turn it into something clean and useful.