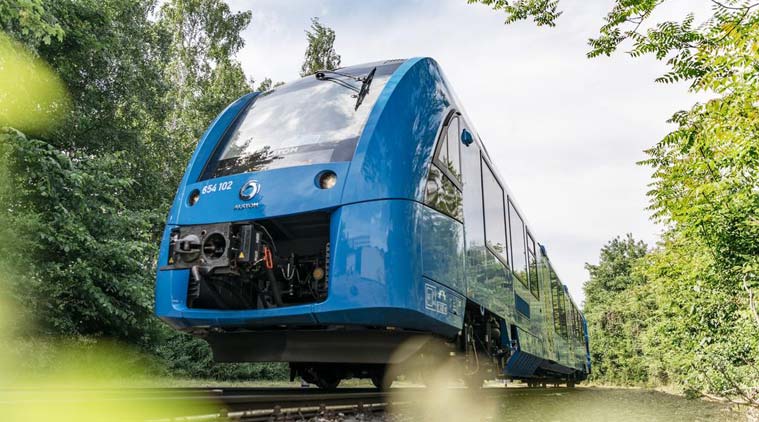 Germany now has a hydrogen fuel cell-powered train, which is a world’s first. The trains are officially called as Coradia iLint, and these will operate in northern German towns. This is the first time in the world that commercial trains being powered by hydrogen-based cells have gone into use for passengers.

The train was manufactured by Alstom, which is one of Europe’s largest railway manufacturers and the service officially started on September 16. According to a press release from Alstom, the Coradia iLint has been built in Salzgitter, Germany and relies on fuel cells which will convert hydrogen and oxygen into electricity.

The idea with these hydrogen based trains is to move away from diesel based systems, which cause more pollution emissions. Two such trains now have a commercial service with a fixed timetable in the Lower Saxony part of Germany, and more will be added by 2021 to the region.

The trains are low-noise, zero-emission and can reach speeds of up to 140 km per hour, according to the company. For now, the trains will only operate on 100 km of line running between Cuxhaven, Bremerhaven, Bremervörde and Buxtehude, though they are capable of running longer distances. These will replace the current diesel fleet on the train line and help reduce emissions.

The trains will be refueled at a mobile hydrogen filling station from a 40-foot-high steel container next to the tracks at Bremervörde station, according to the press release. While the trains will help reduce pollution they can also run for longer distances. One tank of the hydrogen train can run throughout the network the whole day, which is around 1000 kms, according to the company.

Alstom plans to deliver a further 14 Coradia iLint trains to the network by 2021. Hydrogen is seen as a low-emission and efficient alternative to diesel, which ensures that the trains are environment friendly.