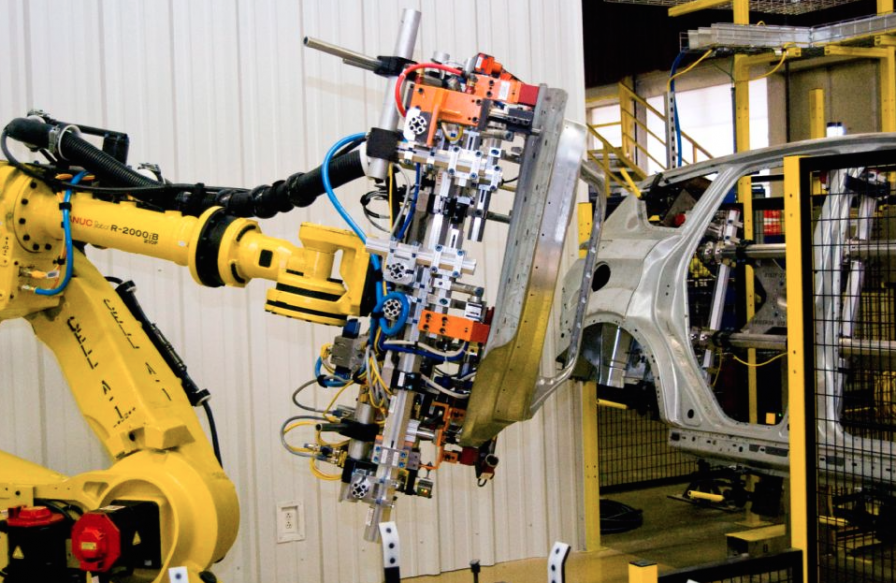 One of the key reasons for using an industrial robot to automate a process is to improve product quality, through increased reliability and accuracy. But for robots to be truly reliable and safe, engineers should ensure they have the correct power solutions. This article explains the impact poor design and integration of batteries can have on industrial robots.

In a survey conducted by the journal Science Robotics, researchers revealed that power and energy sources represent one of the most challenging areas of robotics research. With a multitude of potential applications, this is particularly important for robots operating outside the confines of a cage, untethered from an electrical outlet and working alongside human employees.

For instance, autonomous mobile robots and automated guided vehicles, such as Omron’s series of LD self navigating autonomous intelligent vehicles and Kuka’s KMR series of mobile robots have become commonplace sites at trade shows and in industry. Because they can’t constantly connect to a power supply like a traditional industrial robot, their power requirements are far more complex.

The report goes on to say, “Beyond the currently available commercial technologies such as lead-acid, nickel-metal hydride and lithium-ion batteries, there has already been extensive research on developing next-generation technologies such as fuel cells and supercapacitors”.

If any robot, collaborative, mobile or traditional, were to lose power mid-application, it can have a devastating effect. For industries such as food and beverage or pharmaceuticals, downtime can result in loss of product and profit. For robots in the medical sector, loss of power could result in surgeons having to operate manually, which may not be as accurate, in-turn increasing potential risk. More likely, it would result in the surgery being cancelled.

In addition, power failure can also mean a robot loses calibration and mastering values. Calibration establishes the parameters in the kinematic structure of a robot, such as the position of its joints, tool-centre-point (TCP) positions and joint lengths.

A robot’s origin position is a vital part of the set-up process because it instructs the machine on what position it should return to when it rests. The memory for where each axis should be is stored in the robot battery. Without the position, every path trajectory will be off, resulting in inaccurate actions that can damage equipment or even hurt nearby workers.

If the battery fails mid-process, the operator must re-programme the robot’s origin position before restarting the application. Retraining can take a considerable amount of time to ensure all axes are aligned correctly, resulting in further production downtime.

As robots become increasingly more intuitive, their power demands also become significantly greater. To complete more complex tasks robots may be fitted with an array of sensors to detect variations in light, sound, temperature, and distance. Each of these sensors places a greater demand on power, meaning a more effective solution may be required.

When considering potential battery options for your robot, there are several options available, however Li-Ion (lithium-ion battery), Li-Poly (lithium polymer) and NiMH (nickel-metal hydride) are normally considered to be the most suitable for robots with high power requirements.

Ultralife Corporation, for example, has designed a range of primary, non-rechargeable lithium thionyl chloride and lithium manganese dioxide cells and batteries to provide further long-term power solutions. As with all batteries, regular testing is vital to ensure they do not die unexpectedly.

While industrial robots continue to improve productivity, competitiveness and overall process automation, if they are not supplied with adequate power manufacturers could face additional problems. When a design engineer or systems integrator begins work on a new robot project, he or she should consider power supply at the outset, to ensure that the project bears fruit in the way the end user would want.