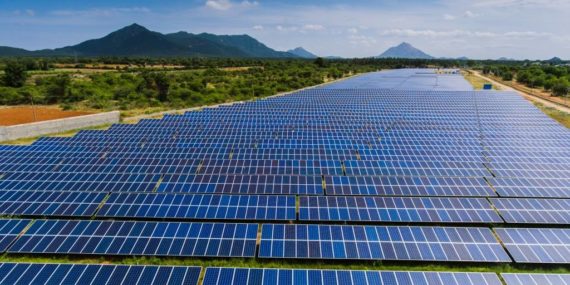 Another month is past and it’s time for another update on what actually changed in the solar industry in that time period. Additionally, we got a significant look at new or updated professional forecasts for the solar industry in various arenas. Read below is to see big solar news of August.

China by itself installed 24 GW of solar power in the first half of the year.

A new BNEF report forecasted that renewables would have 50% market share in the electricity sector by 2050.

Corporate clean energy procurements have already reached a record 3.57 gigawatts this year. The previous record of 3.12 gigawatts was set in 2015 and will clearly be blow out of the water. BNEF also estimates that the world passed 1 terawatt (1,000 gigawatts) of globally installed renewable energy capacity sometime in June 2018. The next 1 terawatt should come much more quickly than the first 1 terawatt.

California Public Utilities Commission (CPUC) kicked off the $1 billion Solar on Multifamily Affordable Housing (SOMAH) program, which will put $100 million per year (for the first 10 years, at least) toward getting solar power on multifamily housing buildings.

A push is underway to thwart new solar subsidies in New Jersey. We’re pushing back, since discussions around the topic have been highly misleading, unbalanced, and counterproductive.

Ireland approved its long-awaited Renewable Electricity Support Scheme (RESS) and announced that it intends to deliver the first RESS auction sometime in 2019.

China filed a complaint with the World Trade Organization (WTO) regarding the USA’s import tariffs on solar PV products, which it believes violate WTO regulations.

While India has been adding a tremendous amount of solar power, steep costs drops over the past years and wide variations in bids have led to the government canceling projects solar developers won the right to build in previous solar power auctions. 2.4 gigawatts worth of winning bids from a July 2018 auction were canceled by Solar Energy Corporation of India (SECI) and winning bids totaling 1 gigawatt, also from a July auction, were canceled by the state of Uttar Pradesh.

Some solar tenders in Egypt came in at the extremely low price of under 3 cents per kWh.

SunPower offered National Parks Conservation Association members a $500 cash rebate + a donation for the organization when they go solar before July 2019.

Hanwha Q Cells announced it would look to go private.

Tesla considered going private, but stayed public … even thought the press showed exactly why Tesla would have benefitted from going private.

A coalition made up of 26 Caribbean nations, more than 40 private sector giants, 8-time Olympic gold medal winner Usain Bolt, and global music superstar Sean Paul combined to launch the $1 billion Caribbean Climate-Smart Accelerator, which aims to make the region the first climate-smart zone in the world.

Renewable energy is creating more jobs than any other sector in Indiana.