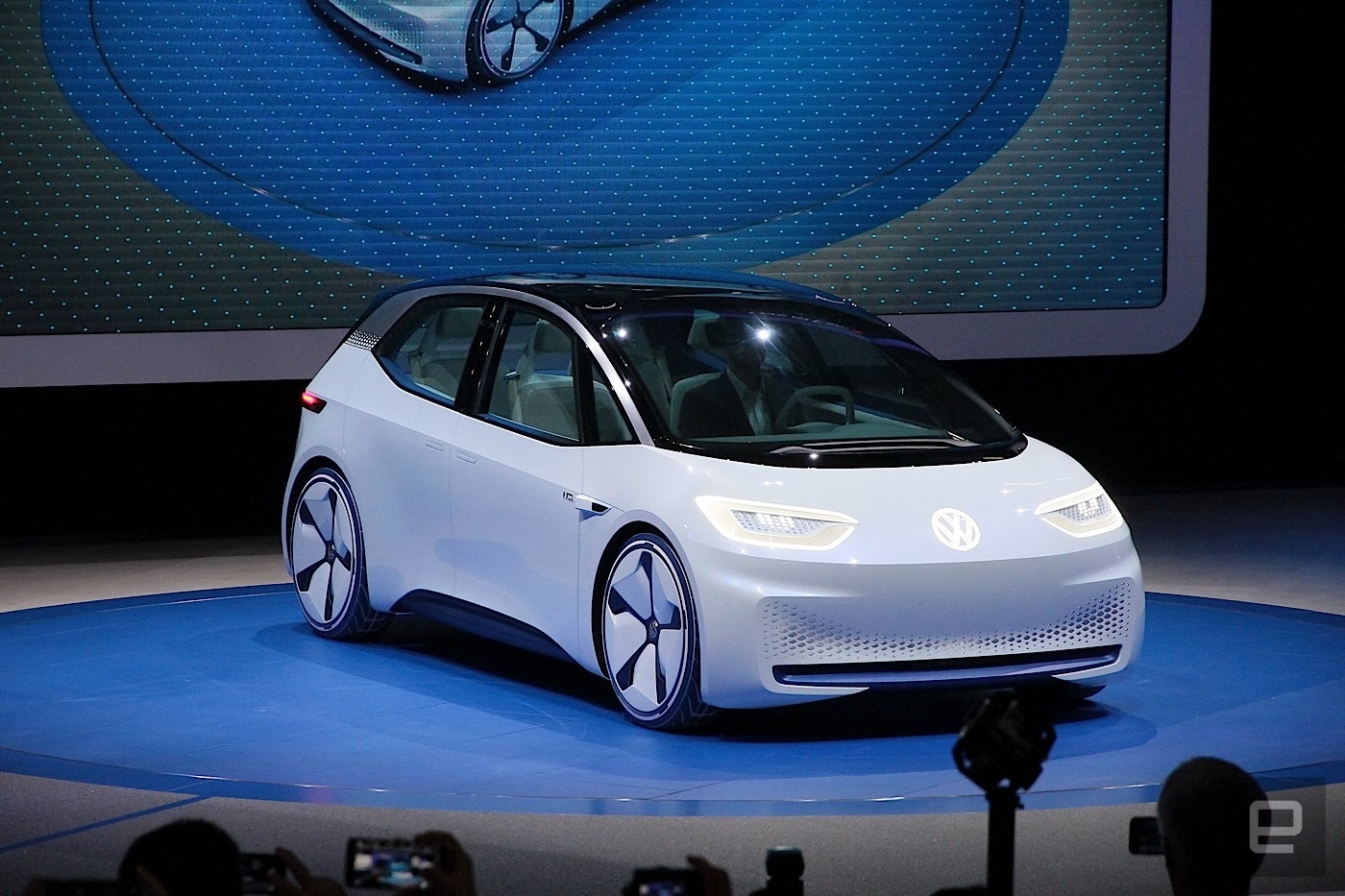 Volkswagen has grand expectations for the platform underpinning its first purpose-built electric cars. The VW Auto Group plans to sell 10 million EVs based on its modular electric drive matrix (MEB) across all its brands during the “first wave.” It hopes to have sold 150,000 electric cars in total by 2020, 100,000 of which will be 100,000 I.D. models produced in Germany.

As with Tesla and other brands making EVs from scratch, the MEB platform is designed explicitly with electric power in mind. The floorpan is designed to house a flat, high-capacity battery that simultaneously improves handling (by lowering the center of gravity) and space. VW also promises comparatively fast charging on every I.D. car — you should reach 80 percent capacity in half an hour.

While that initial wave is bound to spread across multiple years, the 10 million figure is a reminder that VW sees MEB as the key to taking electric cars mainstream. For context, the Auto Group sold 10.7 million vehicles worldwide in 2017. EVs may still represent a minority of VW’s sales, but they’d be far more commonplace than the niche models you see from the company today.