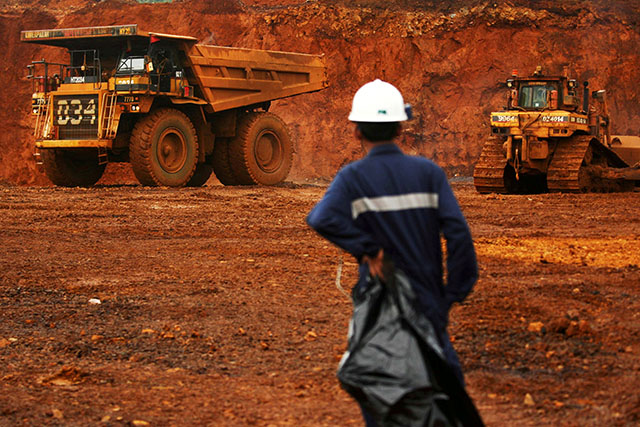 Several global metals producers have set their sights on Indonesia’s nickel reserves to tap an expected surge in demand for the metal for electric vehicle batteries.

A spokesman for Vale said the plant would make an intermediate nickel and cobalt product that would then be processed into nickel sulfate for batteries.

Indonesia’s nickel ore has largely been overlooked by battery producers, as extracting the high purity nickel they need from it requires plants that are more costly and difficult to operate than conventional nickel smelters.

That could change if producers are willing to plow investments into high-pressure acid leach (HPAL) plants. The plants, which use heat and pressure to remove the nickel and cobalt from the ore, are regarded as technically challenging and expensive but produce high-quality metal.

Xiao Fu, Head of Commodity Market Strategy at BOC International, said on the sidelines of Asian Nickel conference this week that the EV market “could represent growth opportunities in Indonesia” and attract interest from Chinese battery makers.

“In Asia, everyone is racing toward this new game,” she added, referring to developing projects by, which is developing a huge nickel sulfate plant Western Australia, and by China’s Jinchuan Group.

“Indonesia’s strength is in nickel ore, and nickel pig iron, but there could be a shift if this is where the opportunities are,” Xiao said.

A China-based spokesman for Tsingshan deferred questions to its subsidiary Shanghai Decent Investment Group, which declined to comment.

Huayou’s board secretary did not immediately respond to a request for comment.

Liu declined to name the companies involved because of non-disclosure agreements, but said the process could use nickel ores high in cobalt that is often discarded by Indonesia’s nickel pig iron industry.

Akira Nozaki, president of Sumitomo Metal Mining, said the feasibility study for the Pomalaa project would “probably” take up to two years.