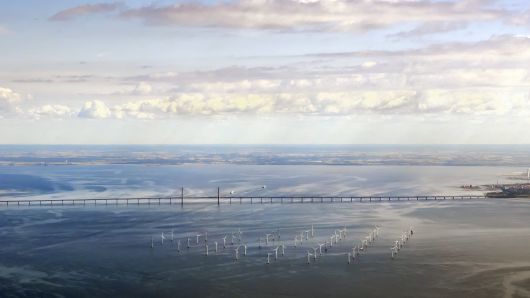 The European wind energy sector is set for “solid growth” over the next five years, industry body WindEurope said in a report published Wednesday.

Wind energy capacity on the continent will grow at an average of 17.4 gigawatts (GW) per year, according to the body’s “Wind Energy Outlook in Europe” report.

By 2022, Europe could have 258 GW of installed capacity, with most of the new installations coming in the onshore sector, it said.

Wind turbines, larger than 4 megawatts (MW) in the onshore sector and 8 MW in the offshore sector, will become “the new norm” and help to push growth.

Europe is home to some of the world’s most ambitious wind energy projects. Last week saw the official opening of the Walney Extension Offshore Wind Farm in the Irish Sea. With a total capacity of 659 MW, it’s currently the world’s largest operational offshore wind farm and capable of powering nearly 600,000 homes in the U.K., according to Danish energy business Orsted.

Germany, according to WindEurope’s report, will remain Europe’s wind energy powerhouse, home to 73 GW of capacity in 2022, although its share of new installations will drop from an average of 40 percent over the last five years to 24 percent of total installations during the next five years.

“Wind energy is on track for solid further expansion in Europe over the next five years,” Giles Dickson, WindEurope’s CEO, said in a statement.

“But this growth comes mostly from yesterday’s decisions,” he added. “The outlook for new investment decisions over the next five years is less clear. Most governments still haven’t clarified their plans for new wind farms up to 2030.”