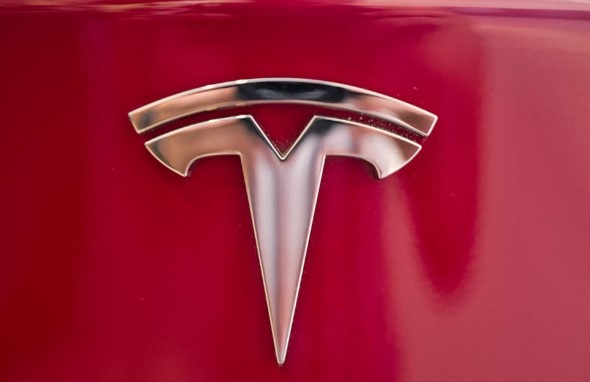 When Tesla was at $215, one of my best managers, Gorden Lam, told us that the catalyst for Tesla is production. It took longer to get here than he expected, but it looks like Tesla may turn profitable either this quarter or next. With the stock now at $290, Gorden is up 35% over the past 26 months, but the real upside is still ahead of us. This is a great time to buy Tesla especially if you have other capital gains this year

After Tesla confirmed on its last earnings call that the company was producing 5,000 model 3s a week, the stock jumped $50 to $350 the next trading day. Had it not been for Elon Musk’s unforced errors, Tesla would still be trading around $350. However, the “funding secured” tweet, the pedophile accusations, and the drug use, have cast doubt on Elon Musk’s mental health giving investors another chance to buy the stock below $300.

Nomura Instinet analyst Romit Shah downgraded Tesla yesterday to neutral from buy because of “the erratic behavior of the CEO Elon Musk”.

Whatever you think about Elon Musk’s recent behavior, I have no doubt that there is no one else who could have brought Tesla through all the challenges it has overcome so far. Steve Jobs is one of the few other people who could accomplish this feat. And, as we have just learned from his daughter’s book, there are some aspects of his personality that might be called erratic as well.

The thing is it takes an unusual personality to succeed when a lot of people are not only rooting for you to fail, but betting on it. Both Elon Musk and Steve Jobs have succeeded multiple times after Wall Street thought they were finished.

Elon Musk is one of a handful of people who could start with nothing but a vision and build a company with a multi-billion dollar valuation. However, once the company is profitable, there are many other people who can take a profitable company with tremendous competitive advantages and grow it from there.

Is Production On Track?

We are about to have the most amazing quarter in our history, building and delivering more than twice as many cars as we did last quarter.

Last quarter, Tesla produced 53,339 vehicles and delivered 40,740. To build twice as many cars this quarter, Tesla has to produce about 8900 cars per week. In the last earnings call, Tesla reported producing 5,000 model 3s per week in the last couple of weeks of June. Going from 5000 Model 3s per week to 8900 seems like a reach, but it is believable that this can be achieved. Gorden Lam told us two years ago that:

Production may be slow for the first few months, but once a flawless run has been achieved, you can expect an instantaneous ramp-up, not a slow gradual one.

With this in mind, I take as good news Tesla’s decision to retire two color options to help speed up production.

Is Tesla About To Be Profitable?

Revenues are booked upon delivery. So even if production is on-track, we need to see deliveries pick up before profits can be recognized. That’s why I take as an encouraging sign that last weekend Tesla sent some Model 3 reservation holders the following message:

This weekend, we’re hosting an exclusive delivery event in Fremont, CA. As a future Model 3 owner in the Bay Area, you have the opportunity to come pick-up your Model 3 sooner than expected.

If Tesla doubles the number of cars delivered in Q2, will they be profitable? I think it is in the right ballpark to the point where it depends on the product mix. However, it is encouraging that during last weekend’s delivery event the Model 3 All-Wheel Drive or Performance configurations, which are the more expensive cars, sold out.

If production is on track I think we’ll get back to the $350 level we last saw just one trading day after the last earnings call, and before Musk’s unforced errors.

If Tesla reports profits, we could get back to the $380 level which was reached briefly after Musk’s “funding secured” tweet. After that, continued good execution should take us beyond the $420 Musk thought was a fair price to offer shareholders.

Because Tesla has rebounded somewhat from last week’s $260 low, it is hard for some to pull the trigger at $290. But, Wayne Himelsein, another one of my managers, likes to say:

The best time to buy a stock is just before it makes a big move up. It doesn’t matter if you didn’t buy it at the low.

Two weeks ago, when Tesla was at $323 Wayne suggested that we stay away from Tesla. That was a good call.

But at $290, the recent signs of improved production and deliveries make Tesla an attractive investment for up to 5% of a portfolio particularly for those who have other capital gains this year.

If we are wrong, and Tesla moves down from here, it will be because of problems that will take more than 30 days to fix. As a result, if we end up with a loss on Tesla at the end of the year, we can very likely sell and stay out for at least 30 days. This enables us to net the loss with other capital gains to reduce taxable capital gains this year.

If we are right, and Tesla is at an inflection point, there is a lot of upside from here.

It’s nice when you can make an investment knowing that if it doesn’t work out you’ll get back a good portion of your losses on your tax return.