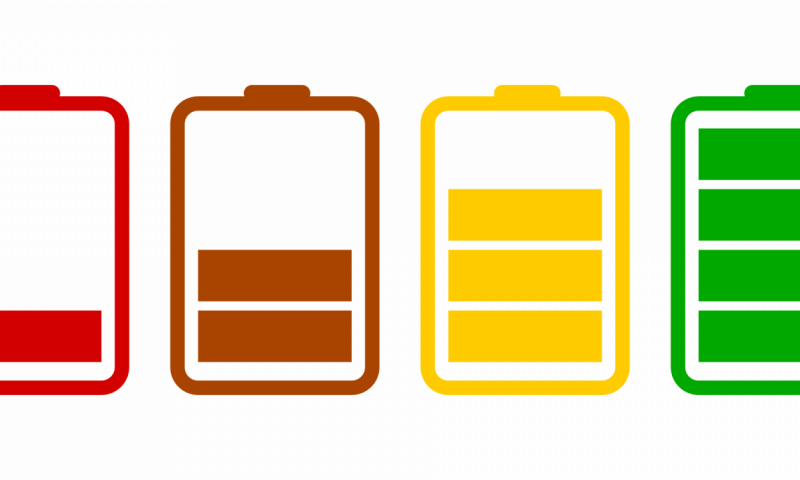 Engineers at the University of Maryland have created a thin battery, made of a few million carefully constructed “microbatteries” in a square inch. Each microbattery is shaped like a very tall, round room, providing much surface area – like wall space – on which nano-thin battery layers are assembled. The thin layers together with large surface area produces very high power along with high energy. It is dubbed a “3-D battery” because each microbattery has a distinctly 3-D shape.

But to make the 3-D batteries, the researchers drilled narrow holes are formed in silicon, no wider than a strand of spider silk but many times deeper. The battery materials were coated on the interior walls of the deep holes. The increased wall surface of the 3-D microbatteries provides increased energy, while the thinness of the layers dramatically increases the power that can be delivered. The process is a little more complicated and expensive than its flat counterpart, but leads to more energy and higher power in the same footprint.

For well over a decade, battery researchers have known the power and energy benefits such a 3-D battery design, but fabrication and testing have been unsuccessful until the recent success by the Maryland NEES team. That’s because they thought to use a technique called atomic-layer deposition, in which each layer is only a few atoms thick. Each material, for each part of the battery, is heated until the atoms create a fine mist which settles down over the shape, attaching itself closely and in a fine thin layer. Building the batteries this way ensured that each layer conformed to the sides of the hole, with no blobs or uncoated spaces.

This paper shows a “definitive proof of concept that energy density and power density increase in accordance with increased surface area,” said Keith Gregorczyk, an assistant research scientist at the University of Maryland, and a member of the team that achieved the 3-D microbatteries.

“A huge advantage of this battery is that it is solid-state, meaning it contains no flammable liquids to catch fire like conventional lithium-based batteries can,” said Gary Rubloff, the principal investigator of the study. “And because it is fabricated using the same manufacturing processes as those for semiconductor chips, it can be incorporated directly into a variety of devices, from health monitors and cellphones to many other applications.”

Rubloff is Director of Nanostructures for Electrical Energy Storage (NEES), a $25.2M DOE-sponsored Energy Frontier Research Center grant. Rubloff is also the founding director of the Maryland NanoCenter and a Distinguished University Professor with appointments in the department of materials science and engineering, the Institute for Systems Research, and the Institute for Research in Electronics and Applied Physics.

A description and analysis of the 3-D solid state battery and its potential appeared in the journal ACS Nano on April 24, 2018.