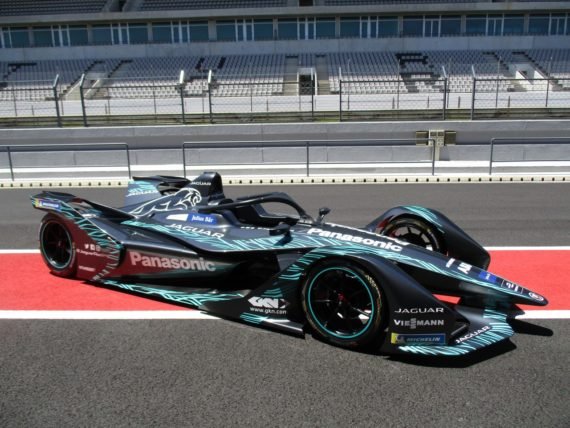 What do Alejandro Agag and Sylvester Stallone have in common? Both had an idea they believed in passionately that others thought was completely bonkers. Time and again, Agag pitched his idea for Formula E, an electric car racing series, to anyone who would listen and was turned down flat — or laughed out of the room. Stallone had an idea for a movie about a nobody from Philadelphia who rises in the world of boxing to become a champion. He too was laughed out of every meeting with decision makers in Hollywood. Both persisted and both prevailed.

Formula E begins its fifth season of competition on December 15 in the Saudi city of Ad Diriyah, where it will introduce new cars, new regulations, new drivers, and new teams. The first Formula E cars had a serious drawback. 5 years ago, nobody could make a battery with enough power to complete a race, so drivers were required to pit at least once to change cars. That made for some interesting strategy decisions, but it really wasn’t top tier, world class racing.

Things will be different in Formula E beginning with season 5. Second generation cars with more powerful batteries will allow the drivers to complete an entire race without switching cars. To make a larger battery possible, the minimum weight of the cars has been raised from 880 kg to 900 kg. The cars will have a maximum power of 250 kW but will be limited to using only 200 kW during the races. Here’s more on that.

Formula E has pioneered a concept called Fan Boost. Prior to each race, fans can vote for their favorite drivers. The top three vote getters will be allowed to access an extra 25 kW of power several times during each race. When to use the extra power is often a critical factor in the race. Do you use it at the start to leapfrog the rest of the field or save it for the end of the race to force you way to the front before the checkered flag?

Also this year, there will be designated Activation Zones around each racing circuit where the drivers will be allowed to have an additional 25 kW of power. The Halo surrounding the driver’s cockpit will light up in different colors to let fans know which power mode each car is using throughout the race. The FIA will set limits on how many times the drivers may access the increased power depending on the configuration of each individual track.

In theory, a driver who has the advantage of Fan Boost could combine it with the extra power available in an Activation Zone to unlock the full 250 kW power of the car, although the official information provided by Formula E about the new rules is unclear on that point at the moment.

“It’s incredible to see the progress made in just four years — to double the range of the car and increase the power output is a fantastic achievement,” FIA president Jean Todt told the press at the Geneva auto show this year, where the second generation car was revealed to the public. “With the support of so many manufacturers, Formula E will continue to push the development of electric vehicle technology, and this car is an important milestone in this journey.”

The part about manufacturers is important. When the series began, Agag had to beg race teams to join the fledgling series. No more. With success has come a recognition that being in Formula E is important for major auto manufacturers. Today, factory teams from Audi, DS (Citroen), Jaguar, NIO, and Nissan make up nearly half the field.

That contrasts sharply with recent experience in Formula 1, which has struggled over the past decade to attract interest from manufacturers. Today, all 20 cars on the grid for the start of a Formula One race have engines supplied by just 4 companies — Mercedes, Ferrari, Renault, and Honda. But in practice, only those with a Mercedes or Ferrari powertrain have any realistic hope of winning races.

Unlike Formula 1, the electric car racing series uses only temporary street circuits set up in the heart of the cities it visits. That means fans can get to and from the races easily using public transportation, which makes the racing accessible to more people. It also helps to spread the message that electric cars are no longer just curiosities but are a vital part of the future. Here is the calendar for the new season.

The second generation Formula E racer is a bold departure from traditional race car design. “If you were to draw a racing car from scratch and base it purely on its looks, you’d come up with just this design. Not only is it striking on the eye, the performance and range show clear progress in terms of technological development in only four years,” Alejandro Agag says. “This model visually differentiates Formula E from any other single seater in motorsport today. When people see this car they will say it’s Formula E, it’s the future.”

Formula E has attracted a number of top level drivers with Formula One Experience. The latest to join the list is Brazil’s Felipé Massa, who came within 1 point of winning a World Driving Championship on the last corner of the last lap of the last race of the season a few years ago. Massa has always been a fan favorite and his presence in the series should help bring even more attention to the sport. Welcome back, Felipé!