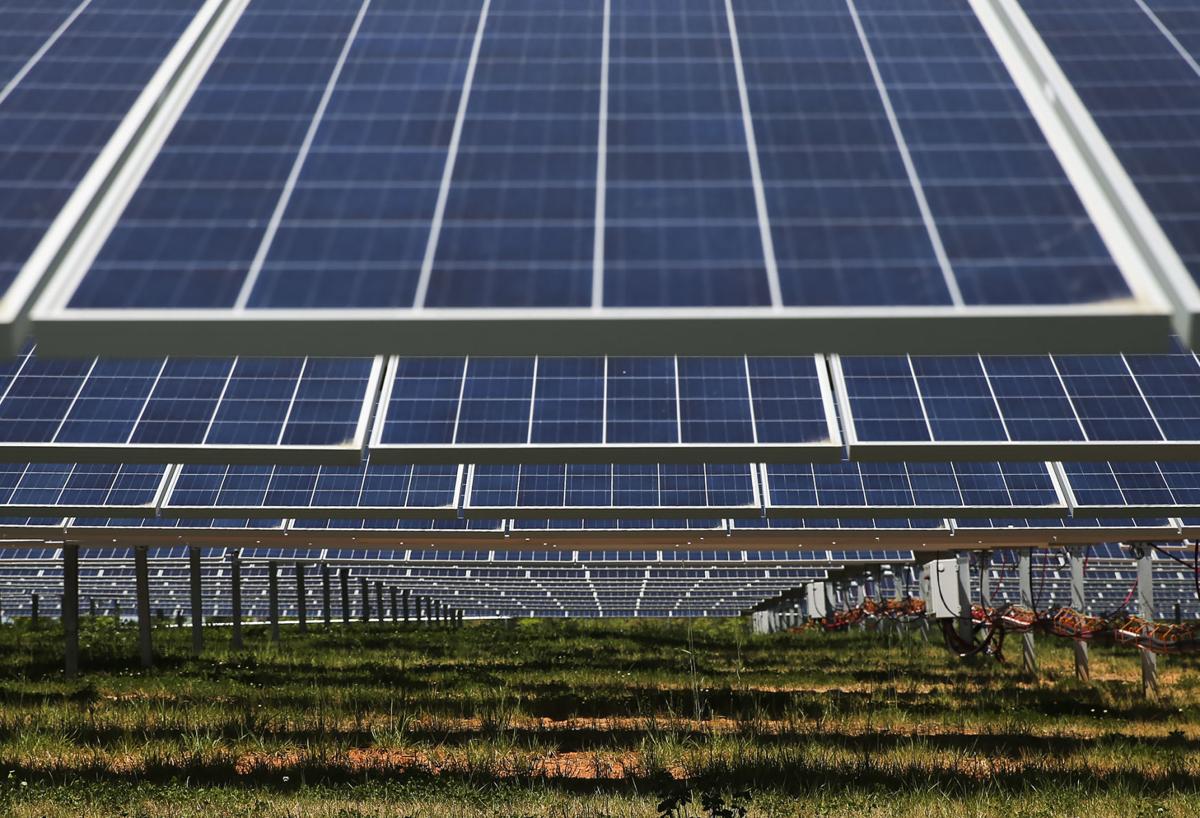 The company that wants to build the state’s largest solar-generating facility in western Spotsylvania County has agreements to sell all of the energy the 500-megawatt plant would produce.

The most recent agreements are with the University of Richmond and a group including tech giant Apple.

Sustainable Power group, or sPower, has proposed a solar farm that would cover numerous tracts accounting for more than half of the 6,000-plus acres of mostly timberland. The proposal first has to be approved by the county, but that hasn’t stopped major companies from striking agreements for the solar power, which would be fed into the energy grid, giving the companies credit for their solar energy usage.

IBM was the first to reach a deal with sPower, for 350 megawatts to power some of its facilities, earlier this year.

In late August, the University of Richmond announced its agreement would include a 20-megawatt chunk of the electricity generated by the sPower plant in Spotsylvania. The university said it expects the facility to be producing power by 2020.

The university would have 47,000 solar panels on the Spotsylvania facility. It would produce enough energy to cover all of the university’s power needs.

Earlier in August, a consortium including Apple announced a deal with sPower to generate 165 megawatts from the Spotsylvania facility. The companies also agreed to draw 125 megawatts from a wind-power farm near Chicago.

Together, the two facilities would generate 290 megawatts, according to a news release from Apple, Akamai, Etsy and Swiss Re.

The announcement said the project is being “spearheaded by Apple” and would generate power to an “electric grid serving much of the Eastern United States, including areas of Virginia, Illinois, Pennsylvania, New Jersey, and Maryland.” The energy could power 74,000 homes, the release stated.

Apple said in the release that it produces all of its power, worldwide, from renewable energy.

“We’re extremely excited about the growing partners on this project and their decision to invest in Spotsylvania County,” sPower spokesman Garret Bean wrote in an email.

Daniel Menahem, senior manager of project development for sPower, acknowledged that the agreements are contingent upon approval by the county.

SPower is one of the largest producers of renewable energy in the U.S., according to the company’s website. It has more than 150 “operating projects” in the country, including solar, wind “and other technologies” and “more than 6.7 gigawatts between construction and pipeline.”

The Utah-based company’s Spotsylvania proposal would plant 1.8 million solar panels on various sections of the property, much of it off West Catharpin Road. The solar farm would be built in phases.

The State Corporation Commission in August approved a certificate for the proposal, allowing sPower to move forward. The project needs a special-use permit from the county, and must go through public hearings with the Planning Commission and the Board of Supervisors.

Several smaller solar farms are already operating in the region. Dominion Power has a 250-acre facility in Louisa County and a 125-acre farm in Fauquier County. A California company operates a 200-acre solar farm in Essex County.

But sPower’s Spotsylvania project and an unrelated proposal in nearby Culpeper County have run into opposition from residents. Culpeper supervisors on Tuesday denied the first conditional-use application for a 178-acre solar farm project in the Stevensburg area after residents complained. Another company wants to build a 1,000-acre solar farm in the county.

People living near the proposed Spotsylvania site have raised questions and concerns about the potential impact to the environment, including the water table, as well as concerns about runoff and toxic chemicals in the panels.

The company, which continues working on a study, has disagreed with a resident-backed analysis of the possible impact to the water table.

Menahem said sPower has been working with the county on concerns raised so far and believes the company has addressed them.

No hearings have been scheduled regarding the solar proposal.