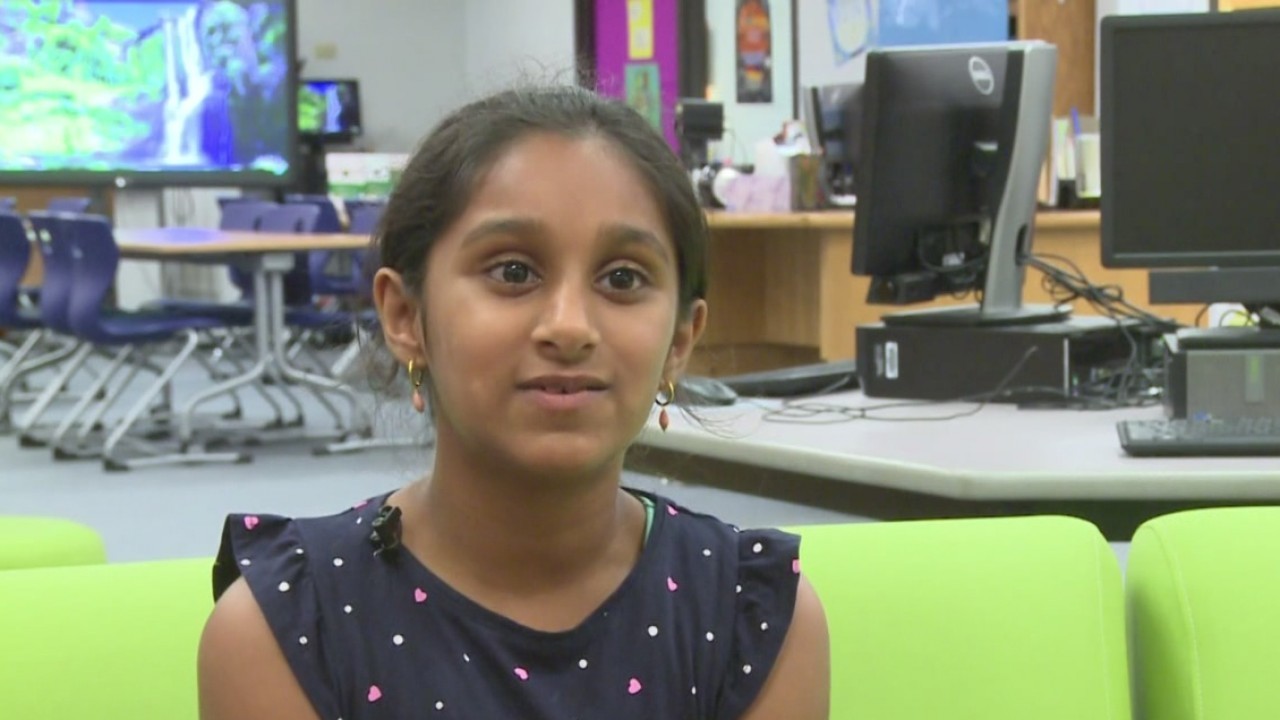 A fourth-grade student at Round Rock Independent School District is doing her part to save the environment by making it easier for people to get rid of their old batteries.

A nonprofit called Action for Nature recently named her as one of its 2018 International Young Eco-Heroes, which recognizes young people across the world for their environmental achievements. Thivakaran will even travel to Washington D.C. later this month to accept the President’s Environmental Youth Award from the Environmental Protection Agency.

She said her parents told her how harmful it would be not to recycle batteries because they would otherwise end up in landfills if she just threw them in the trash.

“The batteries have chemicals, so when it rains, the chemicals go down into the ground and into the river, which is bad,” Thivakaran said. “Also, when they burn the landfill, that causes air pollution, so we don’t want that to happen.”

She started collecting batteries at home to recycle and then decided to expand the project. She set up recycling bins at her school, Brushy Creek Elementary, then put them in other places around town, like the Round Rock public library and the Wells Branch Community Center.

Since she set out the bins in various places, she said she has collected more than 41,000 batteries in about 18 months.

“Maybe if we all work together we could save the environment instead of just me only collecting the batteries at my house,” Thivakaran said. “How about everyone start doing that? Because then it would be more batteries away from the landfill.”

The Round Rock City Council even recognized her for her environmental work after she made a presentation at a meeting in October 2017. She encouraged more people to recycle their old batteries.

Her environmental work and volunteerism do not end there, though. She’s worked recently with an organization to plant new trees in the area. She also put up signs in public restrooms to encourage people to use fewer paper towels.

“We can use one or two paper towels to wipe our hands instead of three or four,” she said, “so we don’t have to cut down too many trees.”

In addition to her battery recycling bins throughout Round Rock, Austin Recovery also has a number of drop-off locations across the city to recycle batteries.