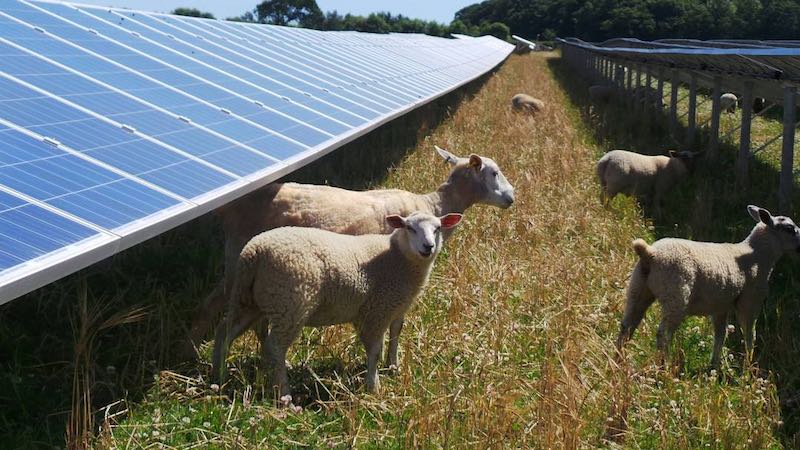 Like households and small businesses, Australian farmers are increasingly turning to renewable energy technologies to cut their power costs and shore up their bottom lines.

But a new report from Commonwealth Bank of Australia suggests the shift to solar and battery storage in the nation’s expansive agribusiness sector has only just begun.

According to the bank’s latest Agri Insights report, a staggering 76 per cent of all farmers, nationwide, are planning to tap solar and battery storage, as regaining control over energy costs becomes a major business focus. “Four in five Australian farmers have told us that cost is a bigger issue than reliability and more than three-quarters of them say they feel like they don’t have control over energy costs on farm,” said Grant Cairns, regional and agribusiness banking executive general manager at CBA.

“In a bid to take back some control and better manage costs, farmers are looking to energy efficiency solutions, and especially to solar power.”

The survey reveals that farmers, nationally, reported an average of 11.4 per cent of their costs went on energy – this was highest for cotton growers (14.6%) and dairy farmers (14.1%).

Despite this focus on energy costs, just one in 10 farmers surveyed already had solar and battery storage, although nearly half (45%) were using solar on its own.

Other solutions farmers were considering included smart energy management measures, such as operating in off-peak time (24%), modifying and upgrading equipment (22%) and wind turbines (18%).

As we wrote here almost two years ago, the potential for solar – and now, battery storage – to power energy intensive farming applications like irrigation around the country is huge, and the need even greater.

“I see hundreds of irrigation pumps out there, connected to filthy diesel,” said Queensland-based solar installer Matthew Beech at the time.

“We firmly believe that the only reasons there hasn’t been more uptake (of solar) … is that it hasn’t been sold very well to the end user.”

But the transition is happening. In 2105, a cotton farmer in Moree, NSW, added a 70kW ground-mounted solar array with back-up battery storage to its diesel engine direct drive pump, with the aim of cutting its diesel consumption by 60 per cent.

As NAB pointed out at the time, that loan scheme was particularly popular among farmers, with 87 per cent of the initial $120 million in finance used by the bank’s small and medium agribusiness customers, to cut grid power costs and boost productivity.

“After surveying 5,000 of our farmers for two consecutive years, 85 per cent told us they saw energy costs as a significant business risk,” said Khan Horne, NAB’s general manager agribusiness, at the time.

“So we’re helping our customers transition to more sustainable business models and, particularly for intensive agriculture significantly reducing their energy and water bills.”

In April this year, we reported that SA energy storage outfit 1414 Degrees was installing a 25MWh demonstration of its Thermal Energy Storage System (TESS) at the NSW processing plant of national poultry producer, Pepe’s Ducks.

And just last month, a trial led by business energy retailer Flow Power, with the UTS’ Institute of Sustainable Futures, showed how much a Victorian almond grower could save on energy costs using not just renewables, but demand management technology.

Most recently, as we reported on One Step, Australian cotton farming giant, Cubbie, announced the construction of a 3.6MW solar farm at Cubbie Station in Queensland – the largest irrigated cotton farm in the Southern Hemisphere.

The Cubbie Solar Farm will be owned by a subsidiary of Cubbie, and will generate enough electricity to supply 40 per cent of the Station’s energy needs during the peak cotton ginning season, running from April to September.

Ultimately, Cubbie plans expand the solar farm to 7.2MW and add battery storage, and at some point provide power to the nearby towns of Dirranbandi and St George in south-west Queensland.

“Energy costs have a significant impact on the bottom line for all businesses, and farms are no exception,” CBA’s Cairns said.

“We’re hearing from farmers that energy costs account for up to nearly 15 per cent of their farm input costs. That’s a major business outlay and something farmers are definitely keen to manage, to the extent that they’re able.”

As you can see in the chart below, the survey spoke to farmers of all types – from sugar cane and cotton growers, to sheep and cattle farmers, to dairy, grain and horticulture specialists – and got roughly the same response: we would like to invest in solar and battery storage. And roughly the same numbers. Among the most keen on solar and storage were grain and livestock farmers (82%), sheep farmers (79%), beef growers (78%), and those in the horticulture business (76%).

Nationally, 79 per cent of sheep producers, more than any other commodity sector, want to invest in solar with battery storage.

The numbers are pretty consistent on a state by state basis, too, with the greatest interest in PV and batteries coming from farmers in Western Australia (84%), NSW (78%) and South Australia (76%) (see chart below). “South Australian producers have historically relied on Victoria for coal-based electricity, and have experienced variability around both reliability and price,” said Natasha Greenwood, CBA general manager regional and agribusiness for SA.

“While South Australia really has pushed the renewable energy front, it has been intermittent over the last few years, which has encouraged lots of operations to get a Plan B into place,” she added. “For many, that Plan B is solar with battery.”