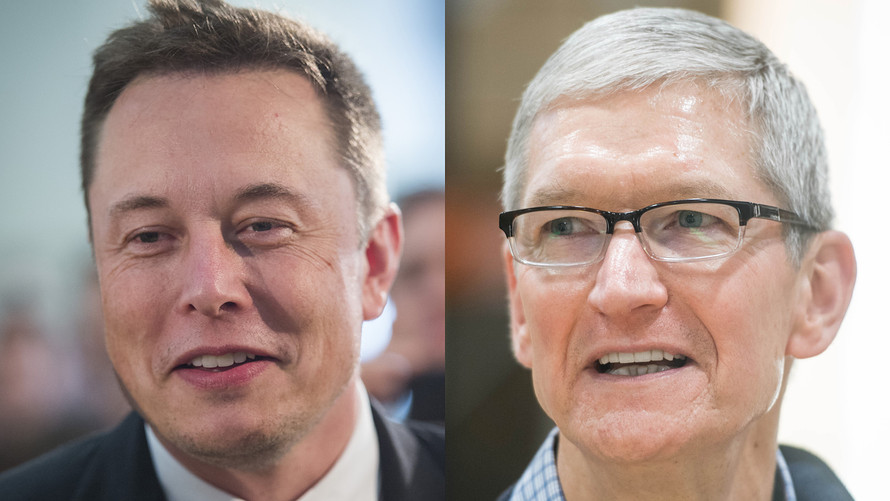 It was just over two years ago, in the summer of 2016, you may recall, when Apple AAPL, +0.22% was struggling. Customers had become accustomed to blockbuster new product launches in rapid succession, and the company didn’t seem to be delivering. Its stock was trading for a third less than where it had stood in mid-2015, just a year earlier.

Many were expressing frustration with Tim Cook, Apple’s CEO, characterizing him more as a caretaker than a visionary. Some openly began lobbying for Cook to be replaced by Tesla’s Elon Musk, on the grounds that he would be able to rekindle Apple’s innovative spirit.

Many are now openly hoping for Apple to take over Tesla and have Tim Cook manage the combined company. (Warren Buffett, though, says no.)

In addition to providing investors with yet another object lesson in not getting caught up in the latest narrative about a company, this walk down memory lane points to a broader lesson as well: It’s a mistake to believe there’s a superstar CEO who can ride into a company on a white horse and save the day.

Instead, salvation comes from within.

That at least is the message I got from Rakesh Khurana, a professor of leadership development at Harvard Business School. “Large-scale statistical studies have failed to find any direct causal link between CEOs and firm performance,” he once told me in an interview. A corporation’s internal culture “exerts a far greater longer-term influence on the company’s success” than a CEO.

This isn’t to say that a CEO can’t have a big influence on a company. But, when he or she does, that impact is more likely to be for the worse rather than for the better, according to Gautam Mukunda, a colleague of Khurana’s at Harvard Business School. This is a function of straightforward probabilities, since there are so many more ways in which a company can fail than succeed. And unless the CEO is completely incompetent, any of the easy and obvious ways to turn the company around would already been tried.

Mukunda explained this to me in June 2016, right at the height of fantasies about what Elon Musk could do at the head of Apple. In light of Musk’s missteps over the last couple of weeks, Mukunda’s comments seem quite prescient.

To be sure, changing a company’s internal culture isn’t easy. It takes hard work over a long time. It’s not glamorous work. But that doesn’t mean it isn’t the key to turning a company around.

No wonder the fairy tales about knights riding in on white horses to save the day are so tempting. But, in the real world of Wall Street, as Tesla shareholders these days know all too well, not everyone ends up living happily ever after.